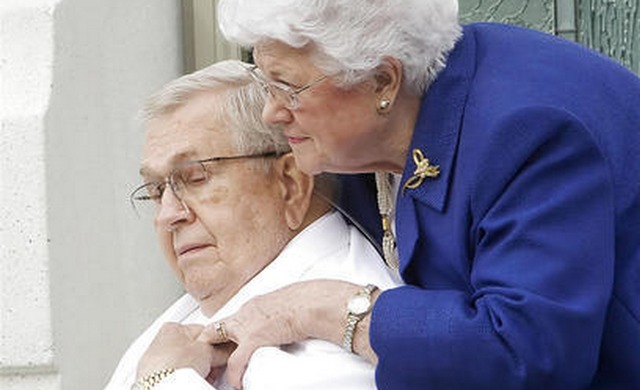 An In-Depth Look at the Life & Lessons of President Boyd K. Packer

President Boyd K. Packer, president of the Quorum of the Twelve Apostles and next in line to be president of The Church of Jesus Christ of Latter-day Saints, died Friday surrounded by family at home at about 2 p.m. He was 90.

President Packer was the fifth longest-serving general authority in the faith's history and had served with other leaders who knew the church's founders. Across more than a half-century of church leadership, he became well-known and well-loved among Latter-day Saints as a champion of families, a master teacher, an artist and a bold, determined defender of doctrine — a role that sometimes attracted criticism that he met with resolve and stoicism.

“He was truly an apostle of the Lord Jesus Christ. From the crown of his head to the soles of his feet, he represented the Savior of the world,” said Elder M. Russell Ballard of the Quorum of the Twelve Apostles, in a statement released Friday by the church.

A modest man — a World War II bomber pilot too complex for the swashbuckling Hollywood stereotype — his private nature shrouded the humor, caring and lovingkindness known to family and associates.

President Packer believed one of his greatest contributions as a church leader was the publication of the LDS edition of the scriptures, including the Bible, a combination he described as "the library of the Lord." (See additional story.)

At his death, he also was one of two remaining LDS apostles who were at the pivot point of the most "earthshaking" change in the church in the 20th century — the 1978 revelation that extended the church's priesthood to all worthy males and temple blessings to all worthy members.

In recent years his body, afflicted with polio as a boy, began to fail him, while his mind remained sharp. In a concession to age and ailment, he sat in a large, maroon chair rather than standing at the podium to deliver the final eight of the 107 general conference talks he gave during his ministry.

His biographer wrote that his early commitment to obedience was a central motivating force in his life. In fact, he displayed rare and prodigious determination as a boy who wanted to become a pilot, as a pilot who decided to become a teacher and as an apostle who determinedly taught and defended church doctrine.