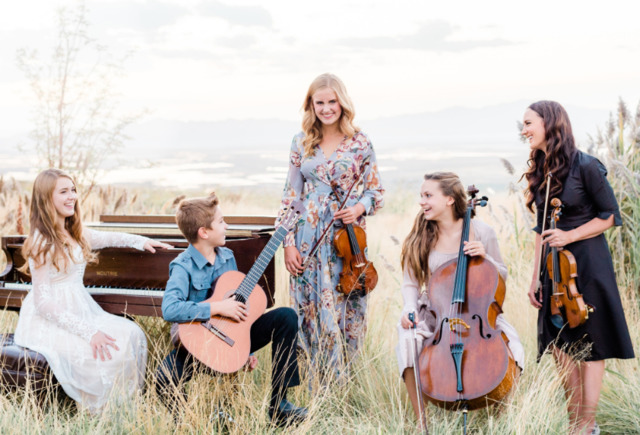 An Inspired Dream and a Letter from President Nelson: Jenny Oaks Baker Reflects on Faith, Family, and Music

From a young age, Jenny Oaks Baker’s parents instilled in her a love of music and faith—a faith that has become the central force in her life.

Even after receiving a Grammy nomination, releasing over 14 albums, performing with the Tabernacle Choir on Temple Square, collaborating with musicians like Gladys Knight and former Secretary of State Condoleezza Rice, Baker’s latest album is unlike any other. It hits home—literally—by including her own four children: Laura (18), Hannah (16), Sarah (14), and Matthew (12).

The newest family-collaborated album, Jenny Oaks Baker & Family Four, released September 3rd and will include everything from a fun Mary Poppins medley to beautiful classic hymns.

“There’s a really special spirit with this one; it’s got family embedded in it, a family who’s striving to live the teachings of the gospel. And the music is really powerful and the messages that it has and also it’s fun and vibrant and full of life and joy,” says Jenny.

Jenny’s children each play a different type of instrument, which can be heard on the album: Laura plays the violin, Hannah plays the piano, Sarah plays cello, and Matthew plays guitar. Jenny believes that God led each of her children on their own miraculous path to discover their specific talents and that their family’s music teachers were inspired, even from the time she was young.

Jenny recalls an experience where her mother couldn’t decide between two teachers her daughter should take lessons from. “My mom had a dream about what teacher I was supposed to take them from,” Jenny shares.

When her daughter Sarah needed a good teacher, Jenny looked on the Peabody Institute website and prayed over two teachers. She felt very strongly to send an email to Dr. Alison Wells, who initially had no intention of taking on a 6-year-old. Once Dr. Wells heard Sarah play, however, she changed her mind.

Shortly after the release of their new album, Jenny Oaks Baker and her four children are excited and honored to perform for President Russel M. Nelson’s 95th birthday celebration this upcoming Friday at the Conference Center in Salt Lake City.

Jenny has an admiration and love for the prophet and his family.

“I have handwritten notes from him from when I was little when he attended a concert or my father would mention something to him. I would periodically receive a handwritten letter from President Nelson,” she said.

The concert will celebrate the service and the legacy President Nelson has left on the Church and how he represents the love of Christ as the Lord’s called prophet. He’s had a big influence on the Baker family, including Jenny’s children.

“When I sustained him, it was really immediate. Like, I knew he was a prophet. That was something that came to me,” says Sarah Baker.

When asked about performing for the prophet’s birthday, Matthew Baker says, “It feels really good to be able to do that. I just think about that and I’m happy. It’s overwhelming.”

Knowing the prophets or apostles personally doesn’t change the personal revelation each member of the Baker family has received from them.

Jenny didn't receive a testimony that her father, President Dallin H. Oaks, is the man the Lord has called as an apostle through a spiritual witness alone. She says she know he is the Lord's chosen servant through “feeling the spirit so strong in my father’s home, feeling the spirit so strong when he bears his testimony, seeing the life he leads, witnessing his dedication to his calling,” in addition to seeing his youth, vibrancy, and integrity. “My father’s superpower is integrity,” she says. 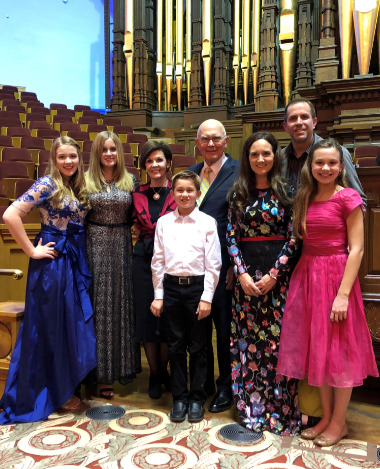 For the Baker children, they have felt both President Oaks’ love as an apostle and grandfather. Hannah Baker loves her grandpa's tradition of highlighting a “grandchild of the month” who he puts a picture of in his office, writes a special letter to, and takes on a field trip to his office in the Church Office Building.

“It’s been amazing. Every time we get together as a family we have spiritual discussions together, and he’s just always there for priesthood blessings and it’s amazing. But at the same time, it’s just like having a regular grandpa too, cause we’ll go fishing and have family reunions together. It’s really awesome,” says Hannah.

The Baker children agree that their favorite part about performing as a family is the places they visit and the people they meet. 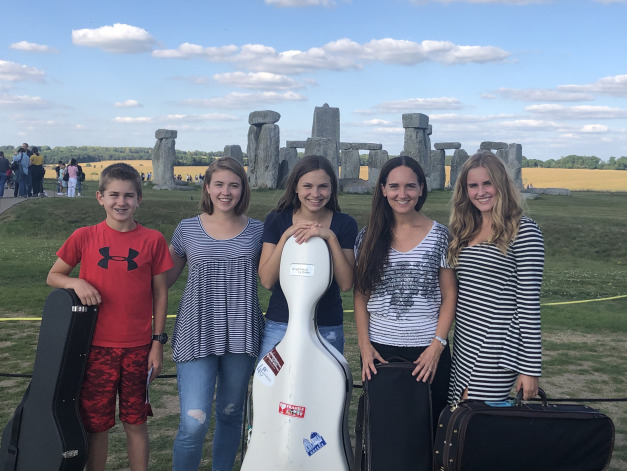 Jenny says every now and then she’ll play some of the same pieces of music with the symphony orchestra that she does with her children and it’s just not the same. There’s something unique about performing with her family.

“It’s the connections that I feel with my children. It’s pride and their hard work and dedication. It’s gratitude for God for sending me these talented kids that I love so much. It’s the beauty of the music. It’s the spirit that’s connecting us, something we’re able to share with others,” she says. 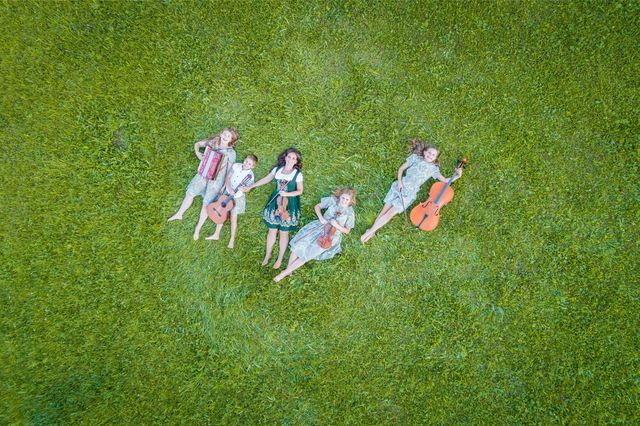 “I love getting closer together with my family, because every time we perform there’s a special bond that we all have that most other families don’t have because we all have to connect when we perform and all the rehearsal and all the time we spend together. It’s so special to us, and so sacred,” said Laura Baker.

When the Baker children were little, they played well but it was their cuteness factor that carried them, Jenny says. But Jenny had no idea that when she placed a violin in Laura’s hand, 15 years later they would have an album that is available to the world.

The Baker children have been featured on their mom’s album before, but Laura says it’s great to be able to have an album the whole family can share and bond over and worked hard to create.

“I just have an album with all my songs on it that people will be listening to me play around the world. That’s pretty cool,” says Matthew. 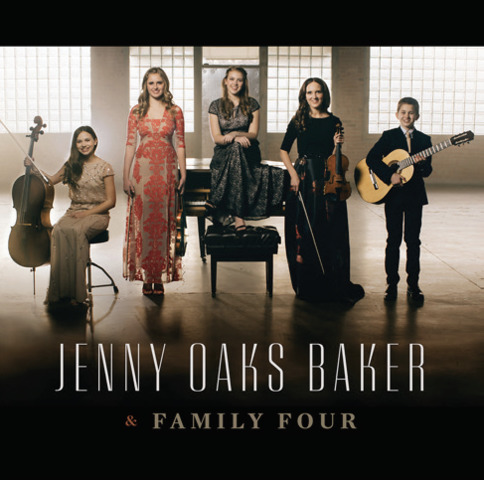