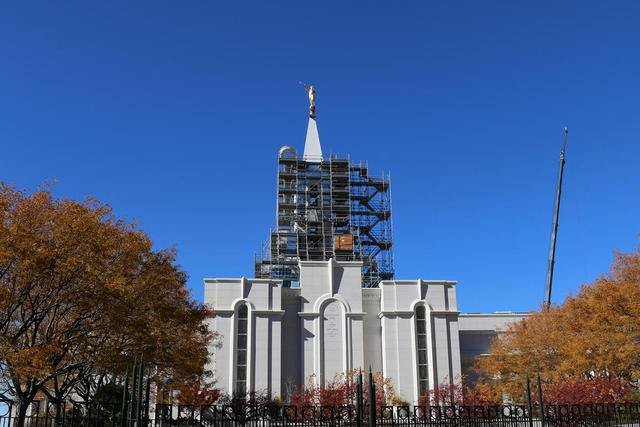 Thanks to Deseret News for making us aware of this story.

The angel Moroni statue is back on the spire of the Bountiful Utah Temple after five months of renovations.

Beginning in May, these renovations were to remove rust from the metal framing and improve airflow, according to ldschurchtemples.org.

But this statue wasn't the only angel Moroni statue to grace the spire.

On May 22, 2016, the original statue was struck by lightning, cracking the gold leaf and destroying parts of the face and back.

Less than a month later, the statue meant for the Meridian Idaho Temple was sent to the Bountiful temple as a replacement, according to lds.org.

► You'll also like: 10 Things You Didn’t Know about the Angel Moroni Statue