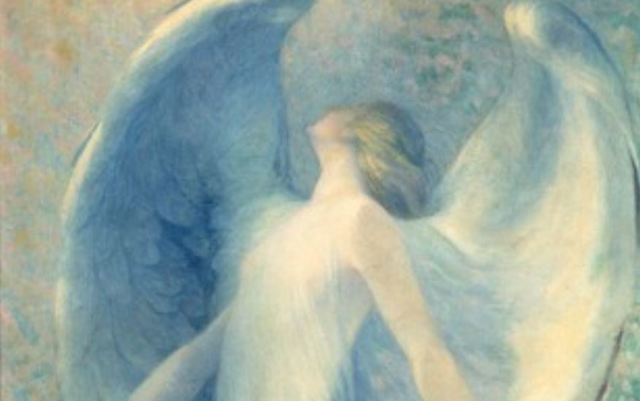 Angels Don't Have Wings + 4 More Things We Know About Them 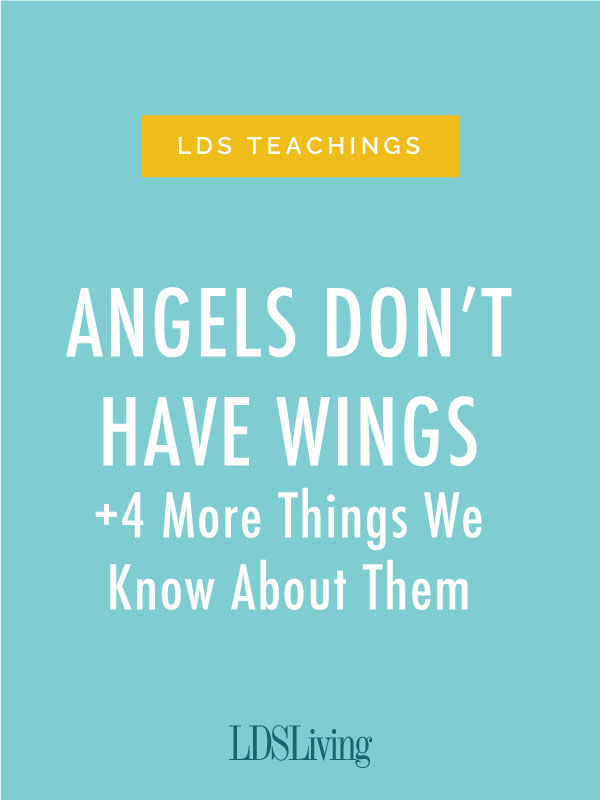 We sing about them in beloved Christmas hymns. We read about them in holy scripture. We even have one of them standing triumphantly atop our temples. As members of The Church of Jesus Christ of Latter-day Saints, we wholeheartedly believe in the existence of angels.

Perhaps much of the mystery that surrounds angels comes from our reluctance to talk about them—and according to Elder Jeffrey R. Holland, this needs to change. “I believe we need to speak of and believe in and bear testimony of . . . angels more than we sometimes do,” he said. It was in that spirit that BYU professor Donald W. Parry wrote Angels: Agents of Light, Love, and Power. Dr. Parry’s book strives to clear up misconceptions about the role and purpose of angels through an exploration of ancient and modern scripture.

The following five excerpts provide fascinating insight on the subject:

Angels do not have wings.

The Prophet Joseph Smith taught, “An angel of God never has wings.” The widely held notion that angels have wings originated from several sources.

First, the scriptures set forth that seraphs (Hebrew, seraphim) have wings (see Isaiah 6:2). Ezekiel (Ezekiel 1:9-11) and John (Revelation 4:8) envisioned living creatures with wings; these wings are probably not literal but, rather, symbolic of angels’ abilities to move about. In fact, when the Prophet Joseph inquired about this subject, he received the answer that the wings are a “representation of power, to move, to act, etc.” (D&C 77:4).

Second, artists continue to perpetuate the idea that angels have wings. President George Q. Cannon explained: “The early artists, long centuries ago, are credited with the idea of painting angels with wings . . . From that time to the present this has been accepted as the proper form in which to present angels. It has become a firmly fixed tradition in the Christian world that angels must have wings.”

Angels who minister to this earth have belonged to it or may yet belong to it.

Doctrine and Covenants 130:4-5 states: “In answer to the question—Is not the reckoning of God’s time, angel’s time, prophet’s time, and man’s time, according to the planet on which they reside? I answer, Yes. But there are no angels who minister to this earth but those who do belong or have belonged to it.” Accordingly, the well-known angels Michael, Gabriel, John the Baptist, Peter, James, John, Moroni, and many others are historical persons who have lived upon this earth. Other angels who have ministered on this earth may have done so before they were born in the flesh.

Editor’s Note: The usage of the term “this earth” is very interesting here, as it implies that other worlds’ angels minister to those worlds they belong to or may yet belong to.

Angels are our fellow servants in the work of the Lord.

Read more of Brother Parry's insights about angels in his book, Angels: Agents of Light, Love, and Power

But who are these angels? Are they even real?

Angels are the offspring of God.

Angels are the children of our Heavenly Father. President Joseph F. Smith, “When messengers are sent to minister to the inhabitants of this earth, they are not strangers, but from the ranks of our kindred, friends, and fellow-beings and fellow-servants.” And Elder Parley P. Pratt wrote that “Gods, angels and men are all of one species, one race, one great family, widely diffused among the planetary systems, as colonies, kingdoms, nations, etc.”

Angels do not restrict their appearances or communications to a particular gender, age group, tribe, or nation; rather, angels operate among all humankind—men, women, and children—according to the Lord’s divine will (see LDS Bible Dictionary). Alma 32:23 states that God “imparteth his word by angels unto men, yea, not only men but women also. Now this is not all; little children do have words given unto them many times, which confound the wise and the learned.” Joseph Smith’s promise to members of the Relief Society—“If you live up to your privileges, the angels cannot be restrained from being your associates”—may also apply to men and children.