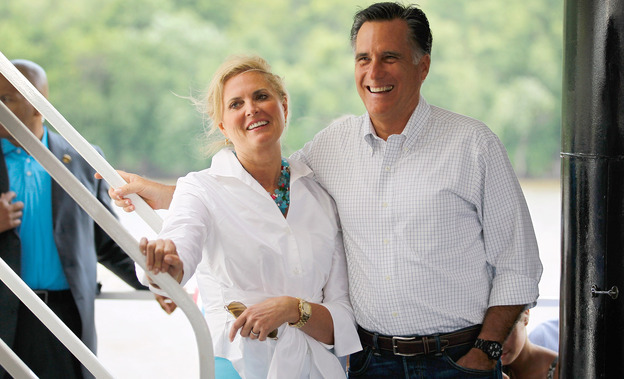 Politics is not new to the former Ann Davies. Her father was a mayor in Bloomfield Hills, Mich. She was with Mitt Romney when his father, George Romney, was governor of Michigan and running for president, and when his mother, Lenore Romney, ran for U.S. Senate. In the 1970s, Ann Romney herself ran for Town Meeting in Belmont, Mass., and won.

But her real passion and focus has been raising her five sons.

"My career choice was to be a mother," she explained on Fox News after she was criticized by a Democrat for not working "a day in her life." Romney explained, as she often does on the stump, that both she and her husband believed her work at home to be most important.

"He was making money ... and he would come home and say, 'Ann, my job is temporary, but your job is a forever job that's going to bring forever happiness.' "