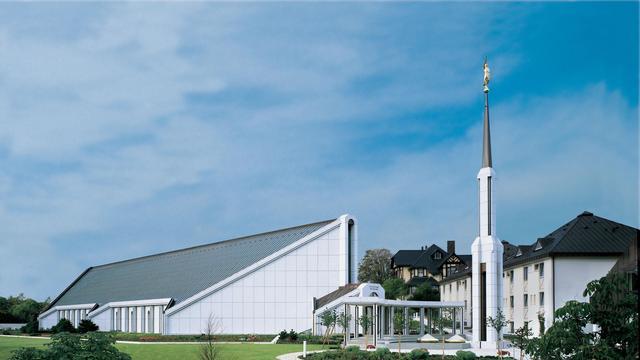 MR says: At the beginning of August, the First Presidency announced the closure of a Utah temple for extensive renovation. Now they've announced another temple closure--this one for nearly two years. And this temple is in Germany, where the Freiberg Germany Temple has already been closed for renovation until May 30, 2016.

The Frankfurt Germany Temple will close beginning Monday, September 7, 2015, for extensive renovation. The temple is expected to reopen in July 2017.

The temple was announced in April 1981, Church leaders broke ground in July 1985 and Ezra Taft Benson, president of The Church of Jesus Christ of Latter-day Saints from 1985 to 1994, dedicated the Frankfurt Germany Temple August 28, 1987. The temple serves Latter-day Saints in Germany, Luxembourg, northern France and Slovenia.