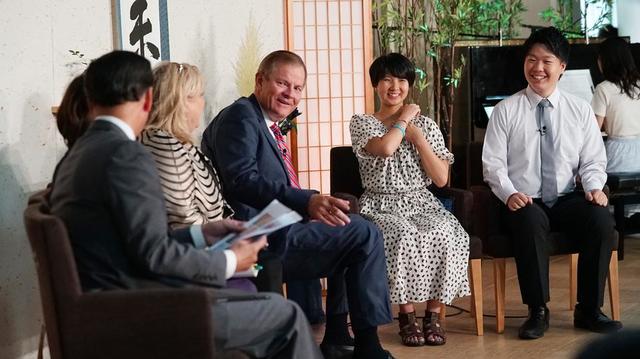 Apostle Speaks to Japanese Youth in Their Language: "I Hope They Realize How Loved They Are"

At the first Face to Face event held in Asia, Elder Stevenson told the youth in attendance at the Manila MTC, "The covenant path is not a path for perfect people. The covenant path is for those who are trying to become perfect." He later added, "The gospel is a gospel of joy and it tries to teach us to be happy." Elder and Sister Stevenson continued to share their message of love and joy as they met with youth in Japan for another Face to Face event, and this time the apostle spoke in the native language of those in attendance.

Latter-day Saint youth from all over Japan participated in the first regional Face to Face broadcast in their country on Wednesday, August 15, 2018.

The event, originating in Osaka and broadcast in Japanese, featured Elder Gary E. Stevenson of the Quorum of the Twelve Apostles of The Church of Jesus Christ of Latter-day Saints and his wife, Lesa. Elder Kazuhiko Yamashita of the Seventy and his wife, Tazuko, also participated.

Young Church members in attendance listened as Elder Stevenson spoke entirely in Japanese, a language he first learned as a young missionary.

“I felt it a great privilege to be able to testify of Jesus Christ and of His role as our Savior and Redeemer in Japanese to our Japanese saints,” said Elder Stevenson. “They’re the treasure of Japan.”

The Stevensons know Japan well. In addition to his missionary service, Elder Stevenson frequently traveled to the country as a businessman. He and his family later lived in Japan for seven years in various church assignments. 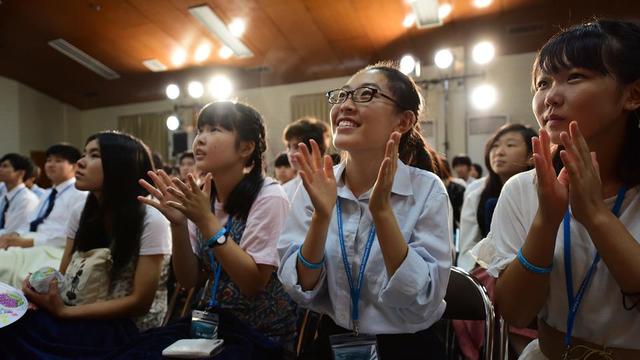 Through those experiences, Elder and Sister Stevenson have gained a deep love for the people – and the youth–of Japan.

"I hope they realize how strong they are and how loved they are,” said Sister Stevenson, “and how they’re so important to the rise and the growth of this country and of the Church here in Japan.”

The event reached hundreds of Japanese youth by internet stream and coincided with the country’s Nationwide Youth Conferences where LDS youth spend several days together in workshops, classes, and social activities.

For many of them, this Face to Face event was the highlight of the week and an unforgettable opportunity.

“I am really happy,” said Miyu Nakatania, 17, one of the co-hosts of the broadcast. “This event will be one of the top experiences of my life.”

“An apostle has a strong testimony, and I want to feel that influence and strengthen my own testimony,” added Masahiro Yoshikawa, an 18-year-old from Osaka who co-hosted the broadcast with Miyu.

Leading up to the broadcast, teens 12 to 18 years old submitted their questions through social media. Topics covered during the broadcast included social media use, balancing responsibilities, and marriage. 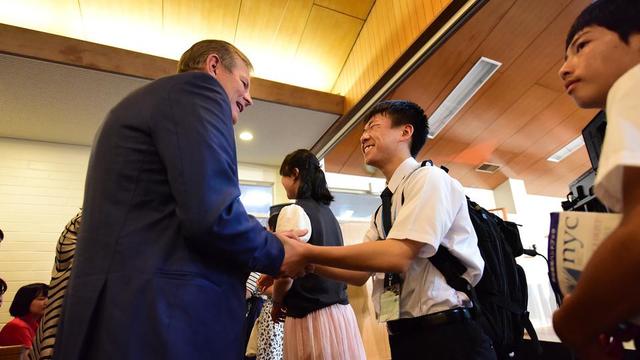 Youth groups from other participating Nationwide Youth Conference locations, including Fukuoka and Nagoya, also asked questions of the featured guests by video conference.

"I believe all the youth in our young men and young women were so happy to listen,” observed Elder Yamashita. “It was [a] great, great moment … to build up, to lift up those young people.”

Elder and Sister Stevenson said they believed the youth would especially benefit by listening to the Face to Face broadcast in Japanese.