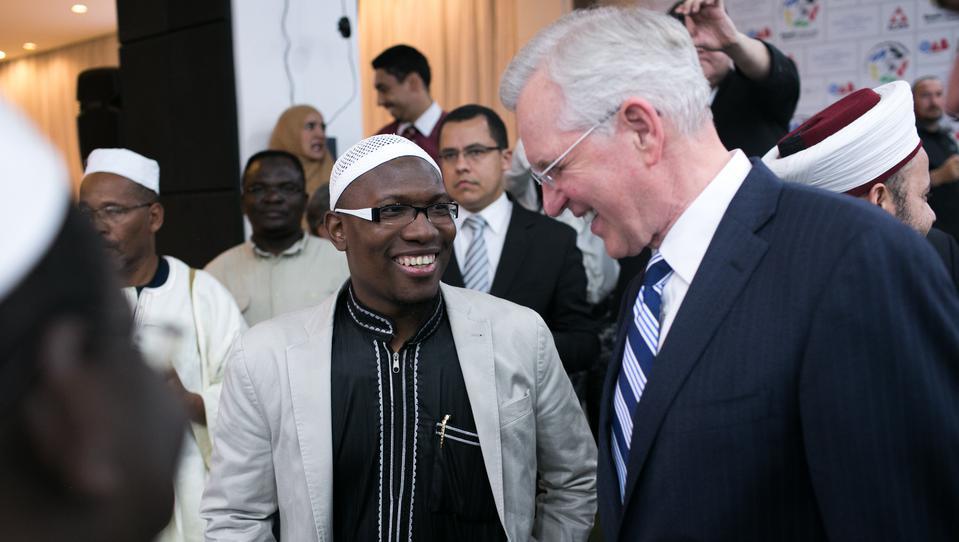 Elder D. Todd Christofferson told an interfaith group in Brazil — a country recognized by the Pew Research Center as a global leader in religious liberty protections — that "religious freedom is the cornerstone of peace in a world with many competing philosophies." This is because religious freedom "gives us all space to determine for ourselves what we think and believe — to follow the truth that God speaks to our hearts."

Elder Christofferson, a member of the Quorum of the Twelve Apostles of The Church of Jesus Christ of Latter-day Saints, delivered his remarks in Portuguese Wednesday at Brazil Mosque during a first-of-its-kind Brazilian religious liberty event celebrating the nation’s strong support of religious freedom. He spoke about basic principles of religious freedom and the need for vigilance and cooperation to preserve it.

His audience was a diverse gathering, which included Muslims, Catholics, Adventists, Jews, Evangelicals, Latter-day Saints, native spiritualists, people of no faith and many others.