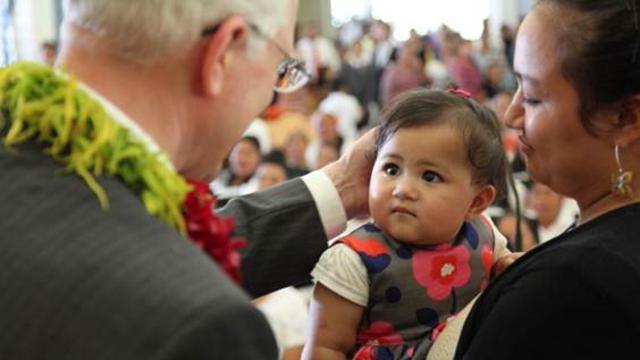 This past month, our apostles have been busy traveling throughout the South Pacific and Central America cheering the Saints, bringing hope, and meeting with important government leaders. 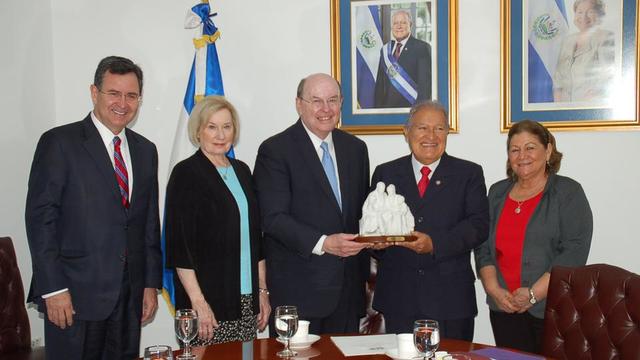 On Friday January 22, 2016, Elder Quentin L. Cook of the Quorum of the Twelve Apostles was received at the Presidential Palace by the President of the Republic Salvador Sanchez Ceren and his wife, First Lady Margarita Sanchez.

At that meeting, Elder Cook made mention of the more than 120,000 Salvadorans who are members of the Church and the more than 600 missionaries who preach the gospel of Jesus Christ throughout the national territory, and through her volunteer work help change thousands of life, "The plan of our Heavenly Father has to do with families, this is one of our main messages Church: Protect families" he declared. 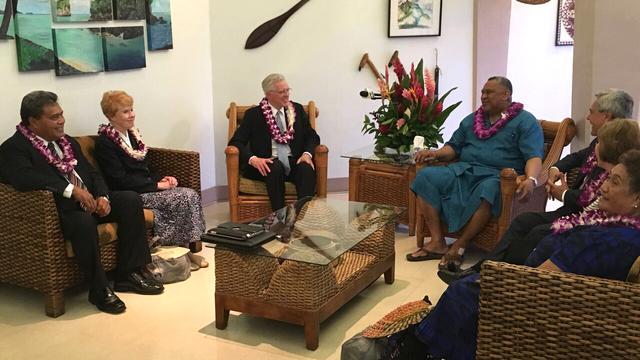 Elder D. Todd Christofferson of the Quorum of the Twelve Apostles of The Church of Jesus Christ of Latter-day Saints visited American Samoa and Samoa last weekend. . . .

In meetings with American Samoan Lieutenant Governor Lemanu Peleti Mauga, and Samoan Prime Minister the Hon. Tuilaepa Aiono Sailele Malielegaoi, Elder Christofferson and other Latter-day Saint leaders discussed the growth of the Church in the Samoan islands. They also spoke about some of the ways Latter-day Saints are helping their communities such as through humanitarian, education and other efforts.