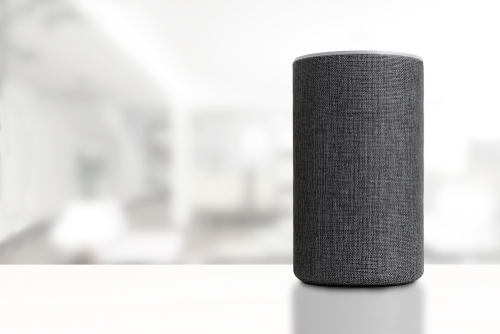 In a world of virtual assistants, accessing the words of the prophets is faster and easier than ever. But even for a smart assistant like Alexa, someone needs to teach it these skills. The Amazon Alexa Skill, “General Conference” provides you a random talk from the most recent general conference directly through an Amazon Alexa device or app.

“[The Amazon Alexa “General Conference” skill] allows members another channel of choice to access general conference. So a member can enable the skill and then say, ‘Alexa, play general conference,’ and it will start playing on their device,” says creator Nate Munk.

Munk is a Church member from Michigan. He has been building Amazon Alexa skills for two years and wanted to make one that made general conference more accessible. For this specific skill, he used a program called “Voiceflow” to design and build it. During this process, he saves all the conference talks onto an Amazon Web Service cloud and the file names into google sheets. When someone opens the skill, a random file name is grabbed and that file is pulled in to start playing.

Though there was at least one other general conference skill available on Amazon Alexa, it had not been updated since 2014, so Munk wanted to provide access to the more recent talks. He plans to continue updating the skill every six months when each new conference rolls around.

Munk says the skill is very simple right now but will continue to grow over time. He is still working on programming the app to provide conference talks from additional commands, for example, having it respond if you asked Alexa to give you a talk based on a certain speaker or topic.

“Alexa does a decent job understanding, but names like Christofferson, Uchtdorf, and others can be difficult,” Munk says. “Also programming for all the ways a user can try and say the same thing is a challenge to handle like if a person wants a talk by President Nelson, they could ask for a talk by ‘the Prophet,’ ‘the President,’ ‘Russell Nelson,’ ‘Russell M. Nelson,’ etc.”

Anyone with an Amazon account can access the general conference Alexa skill from an Echo device or through the Alexa app, which is available on iOS, Android, and Windows. Munk is open to suggestions and feedback in order for him to add new features to the skill in the future. He can be reached for suggestions at his email, nate.lee.munk@gmail.com or via social media at linkedin.com/in/natemunk.

“I'm always happy to get feedback and have enjoyed learning how to create Alexa skills, so this seemed like a good way to use my skills to make the gospel more accessible,” Munk says.