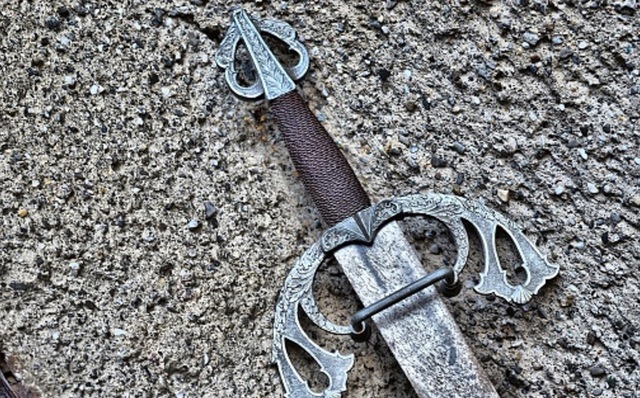 Many early critics of the Book of Mormon insisted that the book was inaccurate because there was no way the sword of Laban could be made of steel. That was, until a surprising archeological discovery was made 30 years ago. Matthew Roper, a research associate at the Neal A. Maxwell Institute for Religious Scholarship at BYU, discussed this at the FairMormon Conference and told more about what swords in the Book of Mormon were really like.

Nephi ended Laban's life with his own sword. Ammon cut off the arms of sheep-scattering bandits, and Jaredite warrior Coriantumr smote off the head of his rival Shiz.

These and other stories in the Book of Mormon clearly show that Nephites and Lamanites used swords and other weapons. But how do these ancient instruments of ancient warfare compare with pre-Columbian swords and other examples of Mesoamerican art?

Matt Roper, a research associate at the Neal A. Maxwell Institute for Religious Scholarship at Brigham Young University, addressed this topic at the FairMormon Conference at the Utah Valley Convention Center on Aug. 4. He titled his remarks, "'To Inflict the Wounds of Death': Mesoamerican Swords and Cimeters in the Book of Mormon."

Mormon Life Archaeology Research Book Of Mormon Lamanites NephitesArchaeology,Research,Book Of Mormon,Lamanites,Nephites,Mormon Life
Comments and feedback can be sent to feedback@ldsliving.com