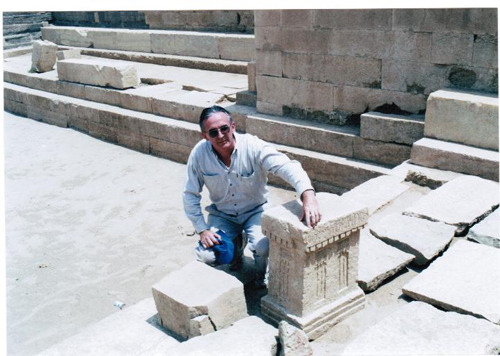 When I served my mission in Australia in the early 70‘s, one of the standard jokes among the missionaries was that “one day” someone would find an inscription, “I, Nephi, was here” or something like that, left by Nephi himself. We relished the thought that something like this would be discovered, something that would virtually force the Gentile world to take the Book of Mormon seriously. Then we would have some serious baptizing to do as hordes of people joined the church.

Of course, even back then we knew that even if the gold plates themselves turned up, that would not constitute “proof;” for proof of the Book of Mormon comes only in one way - a spiritual witness from God. What we yearned for was to be taken seriously and for our message to be given a chance.

Some 40 years later, I’m sure that all our expectations have matured and become more realistic as we have learned how God works. The Lord could easily reveal himself in great majesty before the whole world, or cause angels to appear to people testifying that the Gospel has been restored or do any number of things that would leave people without excuse. But he doesn’t.
Read the rest of this story at ldsmag.com