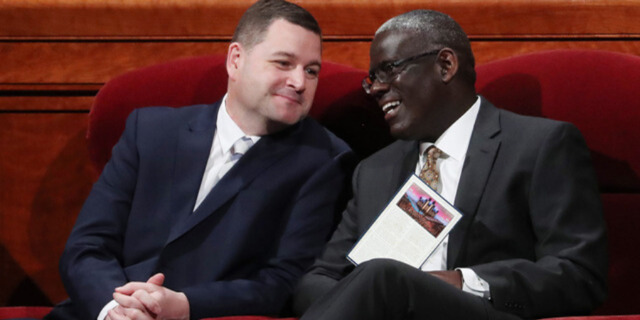 Are General Authorities normally called to serve as mission presidents?

Elder Dieter F. Uchtdorf, who serves as the chairman of the Missionary Executive Council, shared with Church News the value that comes from having a General Authority Seventy serve as a mission president.

“They come back with a wonderful pool of wisdom and experience, which will help us and the Church altogether to become better in how we serve our missionaries, how we better serve our mission presidents, how we better connect members and missionaries, the member leaders—stake presidents, bishops—and the mission leadership out there in the field,” Elder Uchtdorf said.

“Many of the General Authorities nowadays are younger. They have a long life to serve as a General Authority,” Elder Uchtdorf told Church News. “So if it fits into their schedule and into their background and their age group and everything, then it’s a great advantage if we send them out.”

READ MORE ABOUT HOW THE MISSION PRESIDENT LOCATION ASSIGNMENTS ARE MADE FOR GENERAL AUTHORITY SEVENTIES AT Church News.