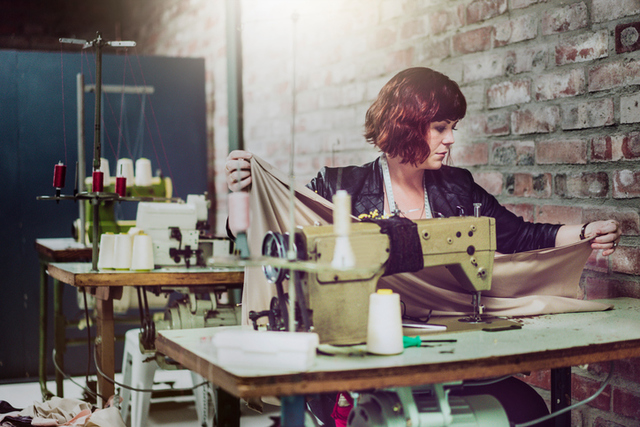 Are Handouts & Other "Extras" at Church Creating Competition Among Members?

When Darcy Doxey and her friend passed by an unassuming poster board at their church in Florida, they had to take a second look.

It wasn't a flashy poster, it wasn't even the "most awesome thing ever," Doxey says—but that's exactly why her friend liked it.

Both women grew up in Utah, and Doxey says she and her friend were accustomed to seeing members take crafty to a whole new level.

Doxey says her friend, "kind of talked about how her family, who lives in Utah, if they ever have a poster, they go and get it professionally done. They pay for somebody to make their advertisement and they have to have it just perfect—and it’s this big deal." Doxey adds that some members of Young Women wouldn't attend activities unless there were treats, and even those had to be to "totally awesome."

And such traditions are not isolated. Doxey says she remembers her own mother, who baked 50 loaves of bread as part of a handout for each individual in her Relief Society class just after a knee replacement surgery.

Doxey says she talked to her mother about President Dieter F. Uchtdorf and his counsel in his October 2011 general conference talk on worthy sacrifices and not be "stitching the title of the lesson into homemade pot holders for each member of your class" ("Forget Me Not").

Similarly, President Uchtdorf also shared another story of a woman in his October 2015 general conference address who stayed up all night to finish a quilt with the word "Simplify" stitched in the center for the backdrop of a Relief Society lesson ("It Works Wonderfully!").

While it can be easy to assume some crafting is a tad too elaborate among Church members, licensed clinical social worker and psychotherapist Dr. Julie de Azevedo Hanks says crafting can be more than just a creative outlet. For some, crafting is a way of fitting into to a society.

"It's just an attempt to feel valuable to the society and to have a place and to belong," she says, though thinking we have to create the perfect craft for every occasion can be detrimental. "We think that by getting as close to perfect as we can in any area is going to [help us feel like we belong], but it actually doesn't, because there is no 'perfect.' What brings us together and helps us find a place in a larger group is our 'imperfects.'"

But finding the balance between utilizing creative expression and avoiding stress and competition can be difficult, and no less so for Church members.

When Candice Schenk first heard someone condescendingly refer to her as "crafty," she wasn't offended. Instead, she proudly took the title turned it into her blog, She's Crafty.

When she was young, Schenk says she was always rearranging the heavy furniture in her room and decorating her walls using scrap pieces of fabric, flowers, and magazine cut outs.

And as she got older, Schenk expanded her crafting to painting, sewing, scrapbooking, and vinyl lettering. "I do everything," she says. Schenk says she simply enjoys crafting and uses it in her daily life, adding that her brain "just works that way."

But not everyone sees it that way.

When Schenk was called to serve the Young Women, she says she couldn't wait to begin making handouts.

"It’s just a really good reminder of a lesson and it gives you a little snippet of the lesson and it helps you to remember," she says.

Thinking that the young women she taught might benefit from them as well, Schenk made handouts for her class.

But that didn't seem to sit well with some of the members in her ward.

"I had a couple of people . . . beat around the bush and said that I was showing off and that they didn't think the Church should allow handouts."

While Schenk says there can be added pressure for women to be crafty and create "Pinterest-worthy" events, crafting is not that way for her. Whether she is making handouts for Young Women or decorating for milestones like baptisms or baby blessings, Schenk just wants to use her talents to celebrate the occasion.

But she does admit some women feel pressured to be especially crafty for important events and can be hard on themselves if they don't feel like they are measuring up.

"If they feel that their natural talent isn't necessarily crafting but they have to put on a 'Pinterest-worthy' baptism, then I think that's going to add a lot of pressure and it's going to take away from the sacredness of the baptism," Schenk says. "But to me, I love that kind of stuff, so it added to the sacredness of it for me. In preparing for my children for their baptisms, I was preparing how to decorate and I thought a lot about baptisms and the symbolism of the white clothing and all those kind of things so it helped me to prepare both physically and spiritually."

"As human beings, we have a need to celebrate and to mark certain events, certain rituals that are milestones in our lives, so there's a totally normal need to celebrate that—that's not the problem," she says.

The problem is using crafting as a measure of social status.

Crafting becomes a competition when it is used as a way to rank each other on a social ladder, de Azevedo Hanks says.

While, especially in American culture, some may compare their success to others to determine their rank, throwing elaborate parties or church events may be a way this ranking system bleeds into Mormonism, de Azevedo Hanks says.

As was the case with MaKinzy Harris.

When Harris and her young family moved into a ward where the age of members ranged from young and old families with different socioeconomic statuses, it was a relief.

In her old ward, where most members had young families as well, was almost a competition, Harris says. She says there was definitely a sense of "keeping up with the Joneses," influencing everything from birthday parties to social events with crafting used as a way to show good parenting.

"Part of the struggle for parents, and I think especially for mothers, is there is no concrete evidence of your work," de Azevedo Hanks says. "You could be an awesome parent, be very attentive, and [still] could have a child who leaves the Church or does drugs. . . I think part of the big party is it is evidence that you are doing a good job. It's showing people, 'I'm a good parent or I'm a good mother or I love my child.'"

And though Harris has moved away, she still sees crafting as a competition and a way to show who is a good parent on social media.

She says she feels pressured to have the perfect family home evening activity for her family or birthday party for her child when she looks at her social media. Harris says she see her her friends post elaborate birthday celebrations, complete with centerpieces, for their 1-year-old or 2-year-old children.

And though Harris says this does not make her want to do the same, she does joke with her husband about how it affects her parenting abilities.

"I'm always saying to my husband, 'Our poor daughter, she had the worst birthday party,'" Harris says, "He's always reminding that she doesn't care. She doesn't know that there were flower centerpieces."

While the need to compete, contribute, or show good parenting may make some feel pressured to always have the perfect crafts for baptisms or church events, that's not always the case.

"We're not in competition," de Azevedo Hanks says, "And I think once we learn that you don't have to live in competition with anyone else, it's quite freeing."

As with Schenk, some members feel that the experience is made fuller through crafting and contributing their creativeness.

Whichever way members choose to celebrate important milestones like baptisms or create a handout for a church activity, it's important to keep a balance between meaningful and stressful.

"The bottom line is this," de Azevedo Hanks says, "If you want to and you enjoy it and it's meaningful to you and your family and it brings you joy, do it. If it doesn't, don't do it. Don't take it on."