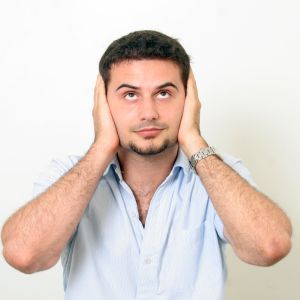 Listening is a vital part of all relationships; it is the bridge of true understanding between people. In reverse, when it is absent, misunderstanding prevails and people don't relate to one another.

"The need to be paid attention to and appreciated is one of the deepest needs in human nature, and unfortunately for many people, much of the time, that need is frustrated," says Dr. Michael P. Nichols, a professor of psychology at the College of William and Mary.

Studies show that great listeners have better relationships and are perceived as more helpful. Employees mention good listening skills among the top qualities of a boss. Perhaps most importantly, when you listen, people are more willing to listen to you.

This oft-overlooked skill is crucial to our lives, but consider this: you were taught how to read, write, even to speak, but did anyone ever teach you how to listen?

Nichols, who has authored several books on listening, says most people aren't taught how to listen. "It's thought to be something that happens automatically and it's thought to be something that's easy," he says. Most listening that is taught is active listening, in which a person learns to repeat the information heard. While that may be useful in education settings, simply remembering what someone said isn't the factor of listening that helps a person relate to others.

One of the key words for listening is empathy. Empathy means to understand and be sensitive to another. A person who is empathetic isn't passive, but they are truly trying to gain meaning from the other person. If a listener is not empathetic, not interested in the speaker, he or she will not be able to focus as well. They may be hearing, but they aren't listening.

As listeners, we have to maintain an open and curious mind. Listening fails when we aren't open to what a person is saying. Close-minded people often protest anything against their views, thus eliminating further listening.

You don't need to remember everything a person is saying. Sometimes you need to listen to the essence of what a person is saying, the main idea. This is especially important if the person is talking about emotions. What is the emotion and what does it stem from?

Barriers to Listening Most of us aren't aware of our habits and patterns that prohibit true listening. Becoming aware of these habits can better help us improve our listening.

The first major barrier to listening is that "most of us are waiting for our turn and we don't wait very long," Nichols says. We tend to be self-centered and can't wait to add our own comments to the conversation.

This may happen partly because we believe those speaking have more power than those listening. This may be true part of the time, but an individual that speaks only will never understand others. John Marshall, a prominent political figure in early American history, once said, "To listen well is as powerful a means of communication and influence as to talk well."

The second major barrier is reacting emotionally to what the speaker is saying. When listening, things can be said that ignite ideas, feelings, and opinions in us. This can happen in many ways.

For instance, when a loved one telling us about pain they are experiencing, it is difficult for us to simply let them talk. Most people want to give advice or do something to ease the pain. But many times, the person just wants someone to listen.

In other instances, people say things we don't agree with and we interrupt with our opinions, which we often give strongly - and the arguing starts. Controlling our emotions will help us focus on the speaker and avoid quarreling, and maybe even come to a new - and better - idea.

In essence, to become better listeners, we have to forget ourselves.

People Who Have a Hard Time Listening Some may have had experiences that led them to not listen as well. Also, occupying certain roles at work, in the home, or elsewhere, may place stress on a person to accomplish an intended goal and not necessarily focus on others. Families are the classic example. Although children are frequently portrayed as the culprits of poor listening, parents are often just as guilty.

"Parents want to make their kids' lives work out for them, want them to be happy and successful, want them to do what they're told," Nichols says. "So, all of that makes it hard for parents to let go of the reins of the relationship, because listening involves quite a bit of surrender. It's very difficult. A good listener has to say, 'Okay, you drive. I'll just sit here.' Parents have trouble doing that with kids."

Husbands and wives also have a hard time listening to each other, in part, for some of the same reasons. Listening will work best when one spouse sacrifices his or her control. "In a relationship where one party is a good listener, the other person begins to feel appreciated and understood, begins to open up more, and is then more likely to be in a position to be willing and likely to listen to the other person."

When to Listen You may be able to listen anytime, but everyone is a better listener when they're wide awake, not hungry, and not in a hurry. For meetings and other important conversations, suggest a time and a location that will allow you to concentrate on those to whom you are listening.

As a listener, you may run into difficulties. If a person finds someone willing to listen to them, they may rely too much on that person. You can always listen for a few minutes and then politely acknowledge the need to return to what you were doing before.

Even though true listening is important, Nichols suggests that it be used judiciously. "Listening takes work, and you should save it for relationships that count."

Listening is a skill, but it isn't rocket science. Anyone can learn to be a good listener.

The next time you find yourself in a position to listen, remember, you have one mouth, but you have two ears. Sit back, forget yourself, and engage with the other person. Then, instead of being questioned on your listening abilities, you might get something like, "Thank you for listening."