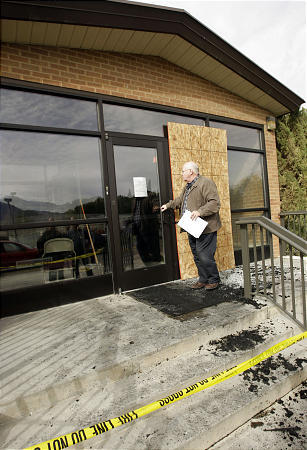 Patrick Ehat, 26, of Salt Lake City, was arrested at 2:30 a.m. Sunday — about 23 hours after the first church fire was reported. Both churches had broken windows, and police reports state that Ehat has injuries consistent with climbing through a broken window.