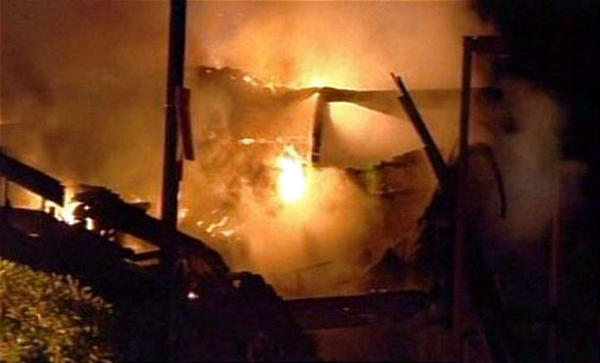 A joint federal and local investigation has confirmed arson caused a two-alarm fire that burned an LDS Church meeting house to the ground.

A $10,000 reward is now being offered to catch the culprit who officials believe started the early Saturday fire on the exterior of the building toward the center of the structure.

The building at 11001 Harbour Point Blvd., was showing heavy smoke when the first firefighting unit arrived at 3:05 a.m. A second alarm brought 44 firefighters to the blaze, which had to be fought from the exterior because of concerns over injury.
Read the rest of this story at deseret.com