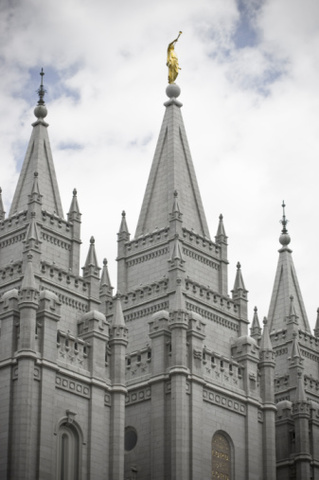 What They're Saying About "Us"News from Utah

Immigration may be the next fault line for the Mormon church.

In late 1800s, Utah’s Church of Jesus Christ of Latter-day Saints split over the issue of plural marriage, resulting in a mainstream church taking root and flourishing in Salt Lake City, and a fundamentalist branch that continues to practice polygamy.

In the 1970s, the church settled another dispute when it decided to accept African American men as priests and allow them to officiate at ceremonies.

Analysts think immigration could be the next focus of a major internal church struggle.

Even though the Church of Latter Day Saints is headquartered in a predominately conservative, Republican state, a growing population of Latino Mormons is causing an identity crisis.

Read the rest of this story at feetintwoworlds.org