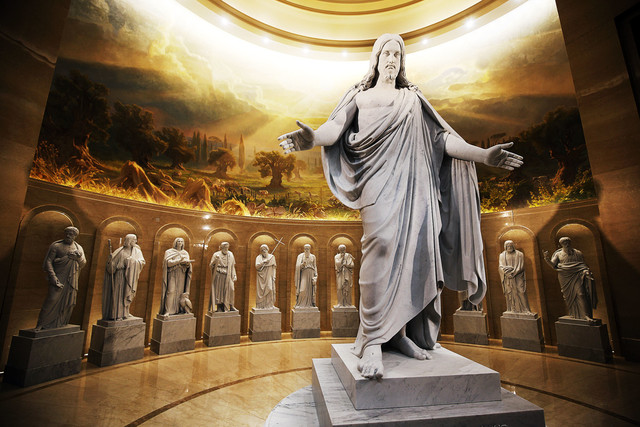 At Rome Italy Temple, Apostles Lead Rome's President and Other Visitors Through Temple

More than a decade after it was announced and two millennia after Peter and Paul preached here, The Church of Jesus Christ of Latter-day Saints opened the doors Monday to its stunning new Rome Italy Temple. 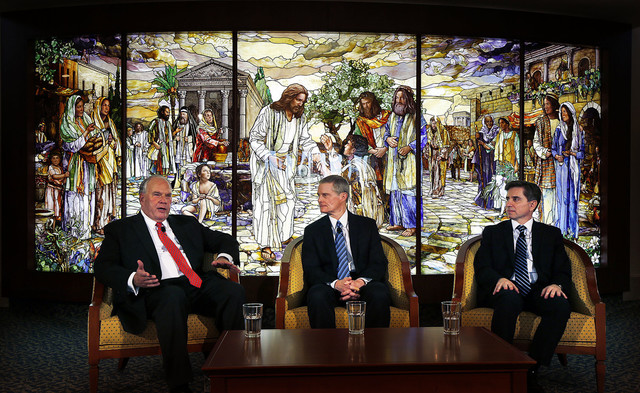 Elder Ronald A. Rasband, left, and Elder David A. Bednar of the Quorum of the Twelve Apostles, along with Elder Massimo De Feo of the Quorum of the Seventy, participate in a press conference in the Rome Temple Visitors' Center of The Church of Jesus Christ of Latter-day Saints on Monday, Jan. 14, 2019. Photo: Ravell Call

Elder David A. Bednar and Elder Ronald A. Rasband of the Quorum of the Twelve Apostles held a news conference Monday morning and led tours for the temple’s first visitors, which included some of the city’s political leaders and European journalists.

► You'll also like: See the First Official Photos Inside the Rome Italy Temple

"This is a worldwide religion," Elder Bednar said. "We have more than 16 million members and the church is recognized and established in over 170 nations, so it’s only a matter of time before we have temples in most major cities in the world, but it is of particular significance to have a temple in Rome, the Eternal City."

Tad Walch, left, interviews Stake President Andrea Cordani of the Verona Italy Stake while standing near statues of Christ and the Apostles in the Rome Temple Visitor's Center of The Church of Jesus Christ of Latter-day Saints on Sunday, Jan. 13, 2019. Photo: Ravell Call

"Living together is a characteristic of our city, and that is confirmed by this presence of this building in the city," De Vito said. "We are very glad to welcome this cultural center in Rome.

"As a citizen of this municipal entity I’m really proud I’m able to participate in this inauguration. I bring the mayor’s greetings for this great building that makes our city more beautiful. It’s a happy day for all those who believe that different people and religions can live together, who believe being able to communicate is the best way to keep peace among different religions, races and peoples."