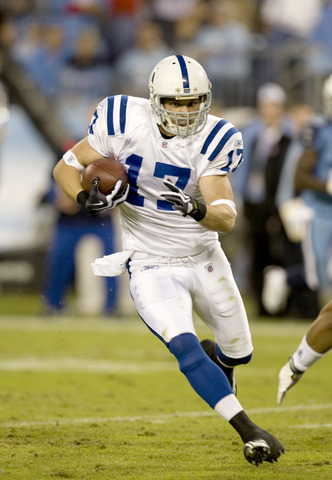 FROM FOOTBALL FIELD TO MISSION FIELD

Austin had an outstanding first year with the Cougars, receiving several accolades, including the title of Mountain West Conference Freshman of the Year. But soon it came time to make a difficult choice: serve a mission and risk losing his athletic momentum, or stay and continue building a promising football career.

“I wasn’t going to go on a mission,” Austin says. “In high school and my fi rst year of college, I was just going through the motions as a member of the Church. I was still making right decisions because I knew ultimately that would affect my attitude toward sports, but I was choosing those things mainly for football rather than because I loved Heavenly Father. It’s probably because I didn’t have a good understanding of what the gospel really was or what a testimony was. I had never read the Book of Mormon, so I wasn’t spiritually prepared when it came time to make that decision.”

Austin worried how a two-year hiatus from the sport he loved would affect his ability to play—he had seen many talented players come back with lesser skills. He was also concerned about leaving his family. “When my brother was on his mission, my mom was
diagnosed with cancer. The thought of being away from home if something were to happen to her made me sick to my stomach.”

He confided in his older brother, Zac, and was surprised by his response. Austin recalls, “He pulled the car over and said, ‘You are selfi sh. How do you think you did so well this year? Do you think you did that?’ I thought about it for a couple of days. Obviously, he
was right.” So Austin submitted his mission papers and was called to serve in Buenos Aires, Argentina, from January 2005 to January 2007.

But for the fi rst couple months of his mission, Austin admits that he was still bitter. “My testimony was still not very strong,” he recalls. “But once I had really read the Book of Mormon and was surrounded by the Spirit on my mission, that’s when my testimony started to grow. Getting out of that selfi sh world I was in, I started to think about others and my whole world did a one-eighty. After spending about nine months in one area of my mission, my testimony just exploded.” He adds, “The mission is the hardest thing I’ve ever done. It may not be so hard for others, but for me, it was.”