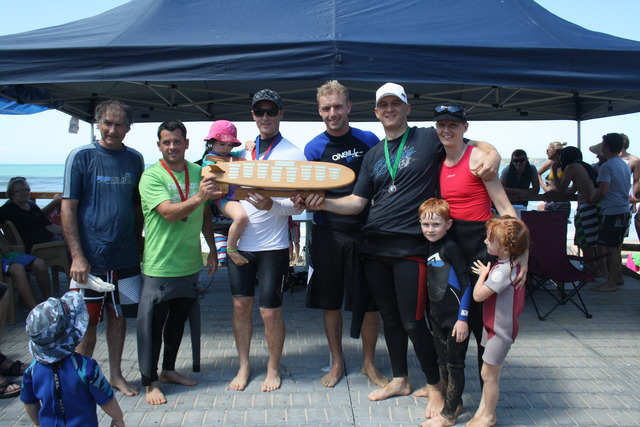 Each year Saints in Australia gather for the Coffs Soul Surfest in Coffs Harbour, New South Wales, founded and organized by Catilin and Garth Mackie, with the annual competition last week marking the fifth year of the event. The event spanned four days, starting with the surfing and body boarding competition on Sept. 23, and the competition continued through the weekend.

“Surfest started as a way to help some of our youth who were being tempted to enter surf competitions on Sundays,” Caitlin said. The first year, the Mackies relied solely on word of mouth for the event. Expecting 10 to 12 participants, they ended up instead with 25, plus their families. This year they had over 48 participants, along with numerous spectators.

Their official site, coffssoulsurfest.com/index.html, lists the festival’s goals thus: “To have Latter-day Saint members who enjoy surfing in all its forms gather together and enjoy a shared experience and competition. To provide a faith-affirming experience for all participants. Increase opportunities for the youth to have competition not on the Sabbath. Provide role models of those who ‘choose the right.’ Give opportunities for fellowship with other LDS surfers.”

Surfing wasn’t the only fun activity, though. Saturday night they had a dance as well, and activities during the day continued for both the spectators and participants while they weren’t competing.

“We got together and had a game of soccer that 85 people showed up for this afternoon [Thursday],” Caitlin said. “We generally also jump off the jetty that makes Coffs Harbour famous. It's about a 20-foot jump into the ocean.”

The festival is also sometimes interrupted by unexpected events.

“Three years ago we had a shark sighting that meant we had to clear everyone out of the water as it cruised through the contest area. This year we had an Australian Monitor Lizard that was about four and a half feet long try to steal food from the BBQ,” Caitlin said. But safety is always kept in mind: “We have also hired a surf lifesaver this year for extra protection.”

The part that separates this competition from others, though, is the spiritual aspect. On Friday after the surfing and fun is over, everyone gathered for a fireside and testimony meeting.

“The fireside was a highlight as always,” Garth said.

“It provides the spiritual core of our fun activity,” Caitlin further explained. “Young single adults feel the strength of others’ testimonies and stories and it has solidified their decision to serve a mission. We have even had a couple meet here and marry in the temple.” The festival concluded Sunday with church services.

Because members come from all over the east coast of Australia—some even travelling up to 12 hours—the branch in Coffs Harbour grew from 50 members to over 250, their biggest year. Occasionally they also have members from New Zealand, and last year they had their first participants from California.

"My family looks forward to coming to Coffs for Surfest all year," Charity Degaris said.

On the Surfest’s Facebook page, some of the participants have explained exactly what it is that appeals to them. Joey Campbell said it is the “mellow cool [people],” while Ralston Burgess loves the “Sun, surf, family, friends, memories, holiday,” and Callum Mackie likes “chilling, eating BLTs, watching how everyone’s improved their surfing and meeting new people.”

“There is always a great feeling at the contest,” Caitlin said. “It’s all about participating, not winning. Many local surfers who aren’t members comment on how much they enjoy hanging around the contest area. They enjoy the music, buy some food, watch the surfing and ask questions. We are always fortunate to have missionaries helping that we introduce them to.”

Garth said they’re already preparing for next year, and Caitlin hopes participation will be even great. “Remember, all are welcome for next year—the 6th Annual Surfest. By then, those youth who prompted us to start this contest will be on their missions!”