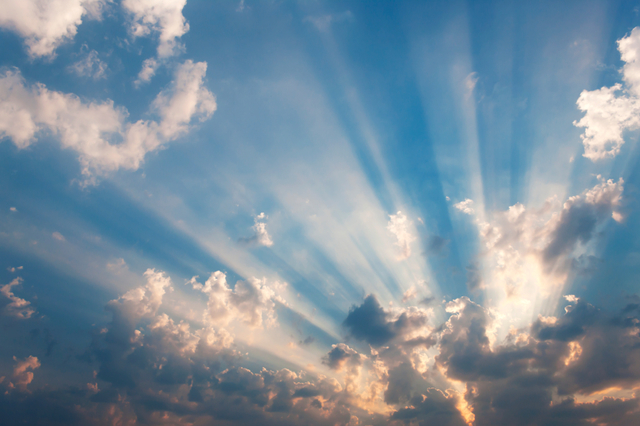 Book of Mormon Lesson 36: “On the Morrow Come I Into the World”

Quote of the Week:

"Every accountable person on earth there is no exception; this principle has universal application; no living soul is exempt every such person who will read the Book of Mormon, ponder its truths in his heart, and ask God the Eternal Father in the name of Christ, in sincerity and with real intent, "having faith in Christ," shall come to know, "by the power of the Holy Ghost," that the book is true. (Moro. 10:3 5.) All such persons can then, by the same power, testify to the truth of all things pertaining to the glorious restoration now in process. They can say:

We know that the Father and the Son appeared to Joseph Smith because the Book of Mormon is true.

We know that the angelic ministrants conferred priesthoods and keys upon mortals in this day because the Book of Mormon is true.

We know that Joseph Smith is a prophet of God because the Book of Mormon is true.

We know that The Church of Jesus Christ of Latter-day Saints is the kingdom of God on earth, the one place where salvation may be found, because the Book of Mormon is true.

We know that the Lord Jesus Christ will come in the clouds of glory in due course because the Book of Mormon is true.

The truth and divinity of the Book of Mormon is an absolute and unshakable witness that there will be a second coming of Christ!" (Bruce R. McConkie, The Millennial Messiah, p.181).

Elder George A. Smith told the following story in Salt Lake in 1857:

"This makes me think of an old Chinese fable.A man traveling through the country came to a large city, very rich and splendid; he looked at it and said to his guide, This must be a very righteous people, for I can only see but one little devil in this great city.

The guide replied, You do not understand, sir.This city is so perfectly given up to wickedness, corruption, degradation, and abominations of every kind, that it requires but one devil to keep them all in subjection.

Traveling on a little further, he came to a rugged path and saw and old man trying to get up the hillside, surrounded by seven great, big, coarse-looking devils.

Why, says the traveler, This must be a tremendously wicked old man!Only see how many devils there are around him!

This, replied the guide, is the only righteous man in the country; and there are seven of the biggest devils trying to turn him out of his path, and they all cannot do it" [Journal of Discourses, Vol.5, p.363,364. George Albert Smith, November 1, 1857]

As you study this lesson, ask yourself, Could anything turn me out of the path prescribed by my covenants? If you are teaching, explain to the class that today’s lesson will focus on why some in these chapters endured in spite of all opposition, while others, even after receiving great blessings, quickly turned from their righteousness (3 Nephi 7:8,15).

1.The Savior's Birth Vindicates the Faith of Those Who Endured

What circumstances described in 3 Nephi 1:1-10 would make this a particularly difficult trial for those who believed Samuel’s words and waited for the birth of Christ? You may wish to consider some of the following:

Unbelievers began to rejoice over their brethren, saying,"Your faith concerning this thing hath been vain" (3 Nephi 1:5,6).

(3 Nephi 1:7) People who believed began to be very sorrowful.

(3 Nephi 1:9) day was selected to put to death all believers.

In spite of these challenges to their faith, what did the believers do? (3 Nephi 1:8 They did watch steadfastly) How can we remain faithful in spite of adversity and affliction?What simple counsel did the Lord give Joseph Smith about how to remain faithful in times of trial? (D&C 122:9 Hold on thy way).

What message was given to Nephi after he had prayed all day for his people? (3 Nephi 1:11-14) Why would it have been impossible for Nephi to have had time to share the good news with all the believers?

Consider the circumstances alluded to and described by these verses.How many nights had passed while believers watched with great anticipation the setting of the sun. How many times had their hopes fallen as the darkness came again? How strong their faith must have been to ignore the ridicule of neighbors and other unbelievers night after night!

How would you have done in those circumstances? Are you faithful even when all logic and experience tell you that your hopes cannot be realized? Even when the fulfillment of your hopes and dreams seems impossibly remote? What if your life and the lives of your loved ones were at stake.I do not know how many faithful there were, waiting and watching, but I love them.

How do you think the believers felt when the sun went down and it did not get dark? Can you feel their growing hope as the minutes pass after the sunset? Can you imagine the quite whispers of believers as they watch and wonder and begin finally to know that the sign has come.

Why do you suppose the sign did not come sooner? Why did Samuel not say six years rather than five? Why did the Lord try his people in this amazing way?

2. The Nephites Prepare for the Gadianton Robbers

When the Gadianton robbers announced their intention to destroy the Nephite and Lamanite believers. Lachoneus, Gidgiddoni, and the people began at once to prepare.What can we learn as members of the church from their actions in this time of danger to help us prepare for our own spiritual battles? You might consider some of all of the following:

Why is it important not to make decisions based on fear? How might fear cause one to hearken to temptation? For example, how might fear of losing a friend cause someone to do something contrary to their covenants?

Why is it important to pray for strength before the temptations or challenges come? (See also 3 Nephi 13:12)

Why was it important for the Nephites to gather into one place to defend themselves? How can our associations with other members of the Church increase our ability to withstand the forces of evil? Where has the Lord commanded us to gather? (D&C 101:21, 22; D&C 115:5, 6; D&C 124:36)

- 3 Nephi 3:14. He caused that fortifications should be built round about them.

What are the fortifications? that the Brethren have placed about us for our protection?You may wish to discuss with youth classes the pamphlet For the Strength of Youth.

- 3 Nephi 3:16-19. Exert themselves in their might to do according to the words of their prophets.

What title did Mormon give to Lachoneus and Gidgiddoni? (3 Nephi 3:19--great prophets) How did the Nephites follow the directions of these leaders? (3 Nephi 3:16) What qualifications determined who the Nephites appointed for their chief captain? (Spirit of revelation and prophecy.) Why is it an advantage in our own time of spiritual warfare to be led by men who have the spirit of revelation and prophecy?

Why did the Nephites choose to meet their enemies in the center of their land instead of in other places? What is the lesson for our times from this decision? Why is it so dangerous to fight Satan on his own ground? What are the environments or influences that should be avoided because they place us in increased danger as we confront our enemies. There is another matter to be considered here. How many places are there in the world where you have nearly complete control over the environment? I suspect that outside of our homes, there are very few such places. If we lose the battle with Lucifer to control the environment of our own homes, where will we ever be able to win it? We must win this battle in the center of our land.

What armor have we been counseled to put on in the Latter days? (D&C 27:15-18) Why is it important to put on the whole armor of God? Note what happened to one man who apparently had only a single place where his armor could be penetrated:

And a certain man drew a bow at a venture, and smote the king of Israel between the joints of the harness: wherefore he said unto the driver of his chariot, Turn thine hand, and carry me out of the host; for I am wounded. (1 Kings 22:34, emphasis added) that is, between the armor and the breastplate.

What was the eventual result of these preparations when the Gadianton Robbers came against the Nephites? (3 Nephi 4) Why were the Nephites so successful? (3 Nephi 4:10,15)

2. Many Nephites Fail to Prepare for the Savior's Coming

Look at the following numbers. Each number represents one of the years following the birth of Christ. Read the verses below that describe the spiritual standing of the Nephites and Lamanite in the years preceding the Savior’s coming.

What would have happened if the people had continued in righteousness for four more years? If you are teaching you might invite class members to share a time in their lives when great blessings came because they endured in righteousness in spite of trials and temptations. What a tragedy it would be if we failed to endure and missed those great blessings by only a few years.

Think about the fable used in the attention activity. The Lord has also promised us great favors and great blessings, but sometimes we must wait for these blessings to come. While we wait, Satan will try to turn us out of the path as he did to the Nephites and as he tried to do to the man in the fable. If we prepare ourselves as did the people in the time of Lachoneus, and endure, we will receive all that the Lord desires to bestow upon us.