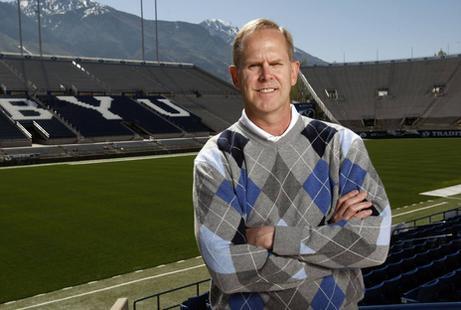 During his seven-year NFL career in San Francisco, Tom Holmoe played on three Super Bowl championship teams and later earned a fourth ring as an assistant coach with the 49ers. He was also a member of the BYU squad that pulled off an incredible comeback victory against Southern Methodist University in the 1980 Holiday Bowl.

As thrilling, dramatic and blissful as those accomplishments were, they just don’t compare to another life-changing event that transpired in 1988: Holmoe’s decision to become a member of The Church of Jesus Christ of Latter-day Saints.

“At the time we won our first Super Bowl, the feeling was joy,” he said. “We had worked so hard for something that was so difficult to achieve, and we did it. That lasted for a while. But your conversion to the gospel is eternal. I felt a sweeter spirit."