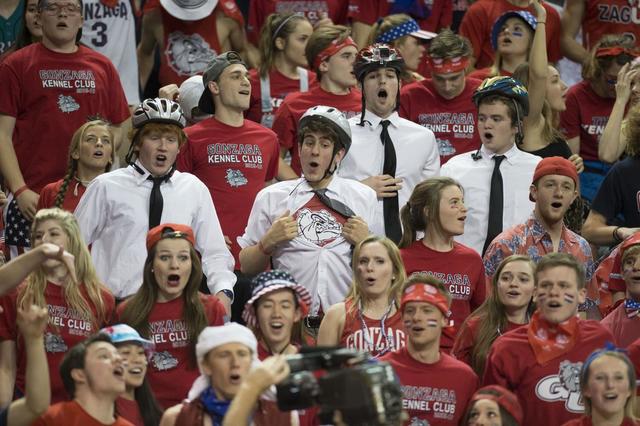 I wonder what this year's game will bring.

In the past, when BYU basketball has traveled to its West Coast Conference rival for its seasonal game, a handful of Gonzaga fans could be spotted donning a white shirt, tie and bike helmet, a costume representing Mormon missionaries. But the Gonzaga administration is encouraging students to forego the missionary attire in the BYU-Gonzaga basketball game Saturday.

On Friday, Jan. 26, the Gonzaga Athletic Department, University Ministry and Mission, Student Development, Advancement and Alumni, and the General Counselor’s Office met to discuss how they could eliminate mocking Mormons at its sporting events, according to The Gonzaga Bulletin. During the meeting, administrators devised a plan to talk to students entering the game dressed as missionaries. They won’t force them to change, but they do want the students to think about their actions.

While some members of The Church of Jesus Christ of Latter-day Saints are offended by the missionary costumes, BYU coach Dave Rose and BYU guard TJ Haws both chuckled when asked about Gonzaga’s administrative efforts.

Lead image from The Spokesman-Review