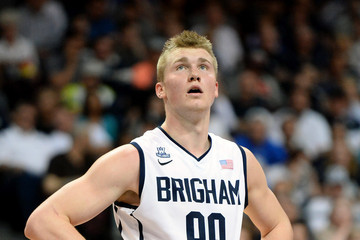 After two long years apart, the Big 3 are back together again.

After winning the 2013 MaxPreps national high school basketball championship together at Utah's Lone Peak High School, Nick Emery, TJ Haws and Eric Mika all left home to serve missions for the LDS Church. Now, they're all home, and they'll all suit up next season for BYU.

Mika, the 6'10" forward, averaged nearly 12 points and 6.4 rebounds per game during his freshman season for the Cougars, while Emery was one of the leaders on this year's squad that made it to the NIT's Final Four.

Mika was the last of the three to return home, as announced by a tweet from TJ Haws (younger brother of former BYU star Tyler). He served in Rome, Italy.