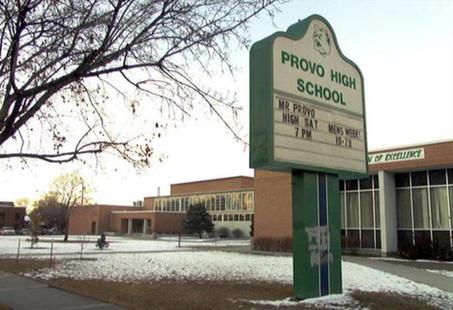 The university's campus will expand west across University Avenue and swallow up the land where Provo High School has stood for 60 years, BYU spokeswoman Carri Jenkins confirmed Tuesday morning. The price tag for the property purchase: $25 million.

What the university will do on its new western boundary has yet to be determined.

"We have not made any long-term plans at this point," Jenkins said.

The Provo School District announced last year that it would build a new campus for Provo High on the western outskirts of the city. The district will break ground on that new campus — west of Geneva Road near Utah Lake — on Wednesday at 4 p.m. at approximately 1300 N. Lakeshore Drive.

Until the new school is completed, BYU will lease the current Provo High School buildings and land back to the Provo School District at no cost. That arrangement is scheduled to last 30 months, Jenkins said.