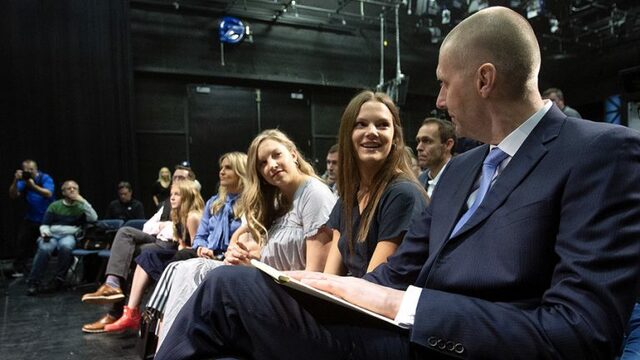 On KSL NewsRadio on Tuesday, February 18, 2020, Pope announced a father-daughter basketball camp. Although the camp is still being planned, Pope, a father of four daughters, is optimistic that it will come together by the summer season.

“We’re in the final stages right now of putting together the first-ever BYU dad and daughter sports camp this summer,” Pope told KSL. “I’m not actually supposed to announce that because it could get deep-sixed. But we’re hoping to pull it off and it’s going to be so fantastic. We’re so excited.”

The program is especially meaningful for the Pope parents, as they teach their daughters to work hard and build strong relationships—skills that camps like these can really foster. Lee Anne Pope, wife of Mark Pope, spoke in an All In Podcast with host Morgan Jones in June 2019. In the interview, Lee Anne Pope shared advice she gave her daughter last summer.

“I talk to our girls a lot about, like, choosing,” she said. “My daughter's at EFY right now, and I just talked to her about being like, ‘You're going to get out of this what you put into it, right? So give it all you've got. And remember the kids there that maybe aren't coming with a buddy,’ and talking about . . . what you put into it. And let Heavenly Father work some magic . . . give Him the opportunity, right, in being open.

Listen to the podcast below.

BYU camps date back to the 1950s and include a wide variety of topics including sports, dance, music, languages, writing—even law.

READ THE FULL STORY ON ksl.com.