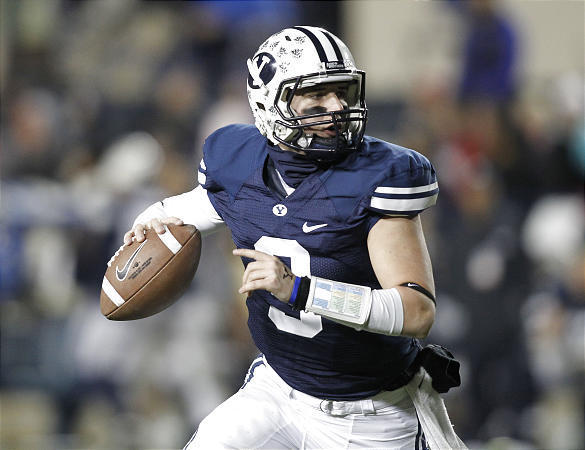 Two scenes tell the tale of the Jake Heaps saga in Provo.

There might be many other key anecdotes in the short career of the nation's No. 1 quarterback recruit of 2010, but the following will suffice in wake of his announcement Monday that he'll transfer from BYU effective Dec. 17.

In June 2009, Heaps joined receiver Ross Apo and linebacker Zack Stout at Iggy's in Salt Lake City and announced their commitment to sign with BYU and their desire to win a national championship. It was staged, choreographed and arranged by a private public relations person.