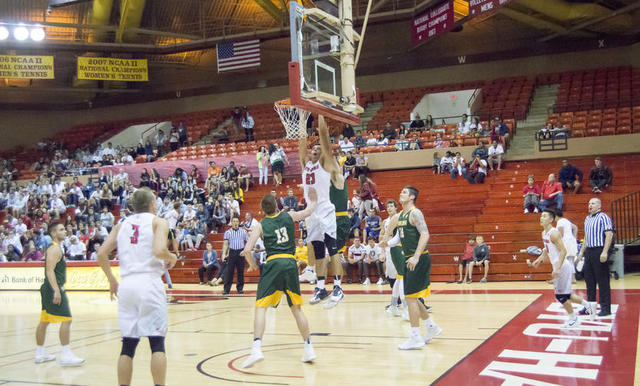 "The efforts of all who have contributed to the tradition of the athletics program are greatly appreciated," a 2014 statement from BYU-Hawaii reads. "The board, executive committee and university administration feel that the top priority is to serve more students, especially those from the Pacific and Asia."

Following Brigham Young University-Hawaii's final men's and women's basketball games Feb. 20, coaches, players, cheerleaders, students and members of the community put arms around shoulders and swayed together while singing a tender version of "Aloha 'Oe," a song traditionally sung whenever an honored guest or friend leaves the Hawaiian Islands.

In this case, the crowd at the Cannon Activities Center was bidding a fond farewell to the school's intercollegiate athletics program, which BYU-Hawaii announced in April 2014 it would drop to increase international student enrollment.

"It was very moving," said Brad Jones, BYU-Hawaii's athletic director for the past year. "The reality is setting in. It's hard to see. It's hitting a lot of people squarely in the jaw, but we understand these things happen and will move forward."

While BYU-Hawaii spring sports tennis, golf and softball will compete until June, Jones and Dave Porter, one of BYU-Hawaii's winningest coaches, recently spoke with the Deseret News by telephone about the school's decision to drop athletics, the program's storied history and its lasting impact on student athletes.