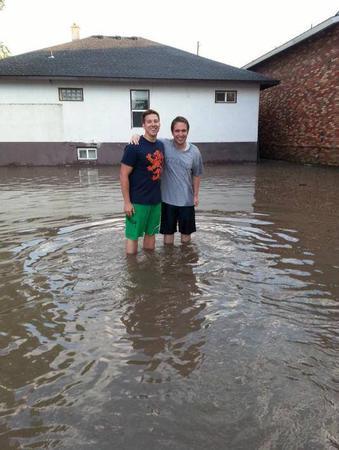 BYU-Idaho Students Serve in the Aftermath of Flood

The Brigham Young University-Idaho campus was closed at 6 p.m., except for the BYU-Idaho Center, which was used as an emergency shelter for students and community members whose homes were flooded. According to Marc Stevens, the media relations and campus communication manager for the university, BYU-Idaho officials were prepared for the situation.

Stevens said the housing office on campus and the local leaders for The Church of Jesus Christ of Latter-day Saints contributed to the smooth resolution of apartment flooding.

“The housing office got in touch of housing managers, and they began to work with those complexes to make other arrangement for students,” Stevens said. “And ecclesiastical bishops went door-to-door checking on every member of their ward. The natural structure of the church really sets us up well to deal with things like this.”