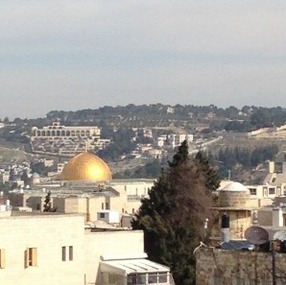 This is a developing story.

Code red sirens blared throughout Jerusalem when rockets fired by al-Quds, the military wing of Islamic Jihad, were fired into Jerusalem, Tel Aviv and other towns in southern Israel. BYU Jerusalem Center’s administration responded immediately by directing students and other personnel, including faculty and staff, to two bomb shelters located within the center.

News From Utah Byu Education Jerusalem StudentsByu,Education,Jerusalem,Students,News From Utah
Comments and feedback can be sent to feedback@ldsliving.com