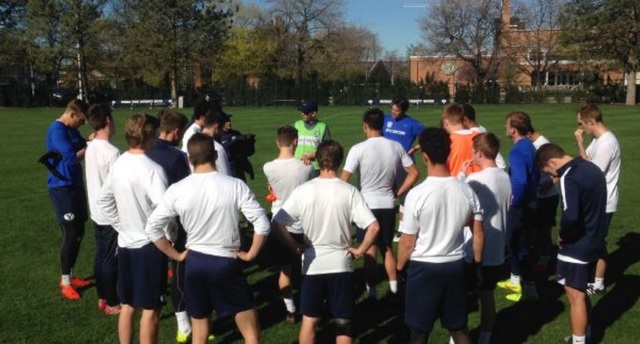 The Cougars have been selected to represent the United States in the World University Games in Taipei, Taiwan. The games, which will begin Aug. 19 and run through the end of the month, will allow 20 players and nine coaches and support staff to compete against national teams from around the world in the every-two-year competition.

“How often do you get to play against Germany, Italy, and representatives of the countries?” said BYU coach Brandon Gilliam, who took over for longtime head coach Chris Watkins two years ago. “This is a once-in-a-lifetime chance for most all of us, and it’s super exciting. We’re looking forward to it.”

Before the international tournament, BYU will play its PDL season, which begins May 5 at FC Tucson and commences at home June 3 against the Albuquerque Sol. The Cougars wrap up the spring portion of their season at home Saturday at 6 p.m. MDT against a club team from the University of Utah.

Mormon Life Soccer ByuSoccer,Byu,Mormon Life
Comments and feedback can be sent to feedback@ldsliving.com