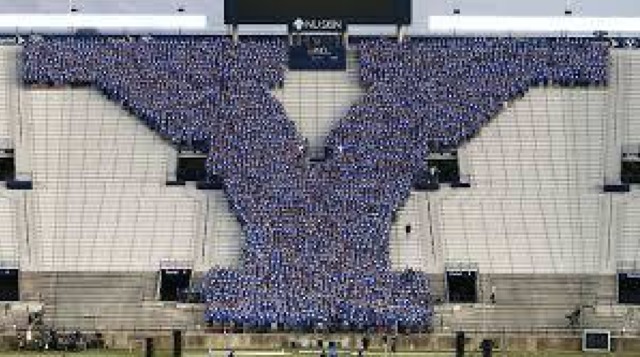 BYU No. 2 on List of Universities Where Students Are the Most Eager to Enroll

U.S. News recently compiled a list of colleges and universities across the nation with the highest yield—the percentage of admitted students who enroll.

"Schools want their yield rate to be as high as possible, because it not only reflects popularity among applicants but also allows institutions to shape and set the tone of the incoming freshman class," U.S. News explains.

BYU appeared near the top of the list, securing the second highest yield rate of universities in the United States, with 80.5 percent of students accepted to the school enrolling in classes.

Three of the four other schools to crack the top five were ivy league schools:

The Top 5 universities where students are eager to enroll, according to @usnews:

BYU stands out among the rest of the top schools with the highest yield because the number of students accepted to the university was more than triple any of the other top five schools.