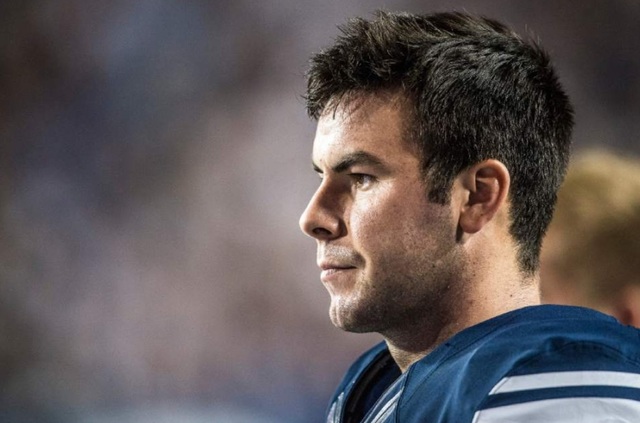 This April, for Mental Health Awareness Month, BYU quarterback Tanner Mangum opened up about his struggles with depression and anxiety. "I am not ashamed; on the contrary, I am proud to embrace my own personal journey, accept and love myself—flaws and all. I am grateful to be able to raise my voice and stand up for those who experience similar struggles," Mangum wrote at the time. Since then, his story has been a motivation for many.

Karen Mangum has been fully aware for quite some time that her son suffers from mild depression and anxiety. She's watched closely as 23-year-old Tanner Mangum, who also happens to be Brigham Young University's projected starting quarterback in 2017, has dealt with his struggles, met with counselors and been prescribed antidepressants.

But even mom was "caught a little by surprise" when perhaps the most high-profile athlete at BYU right now announced the night of April 3, 2017, that he has "personal struggles underneath the surface" and that "mental illness is one of my personal battles."

Nearly three months later, however, the Mangum family is "thrilled he did it," Karen Mangum said, and overwhelmed by the outpouring of support and adoration that the post on Twitter during Mental Health Awareness Week has produced.

"It meant he was opening himself up, he was being vulnerable, and he was realizing that his condition is nothing to be ashamed about," Karen Mangum said. "And he recognized that he has an influence that can be used for good. I think he has helped more people than he knew he could."