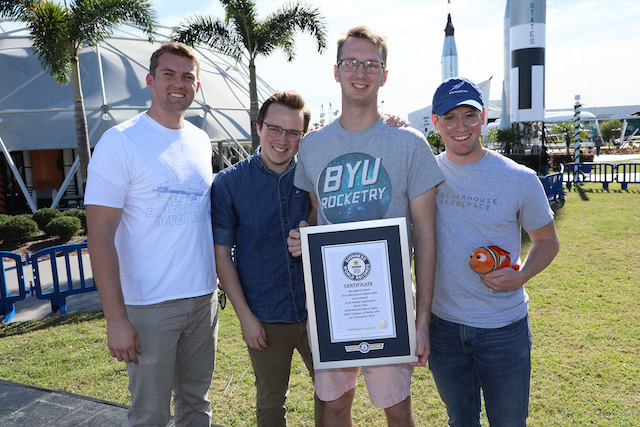 More than doubling the previous record set in 2017, the team took home $30,000 from the Bayer Alka-Rocket Challenge at Kennedy Space Center in Florida.

"When we heard about this challenge, we thought it was a great opportunity not only for us to work toward getting the prize money for future projects but it was also a great opportunity to test what we had already been working on," the BYU rocket team told KSL NewsRadio.

The challenge was created by Bayer to "generate awareness about the country's need for more scientists, engineers, and innovators," according to prnewswire.com.

"We're certain that each of these students will make their mark in science, engineering, or innovation—the areas that are extremely critical for our country's success," Dr. Mae Jemison, former NASA astronaut and the first woman of color in space, told prnewswire.com.