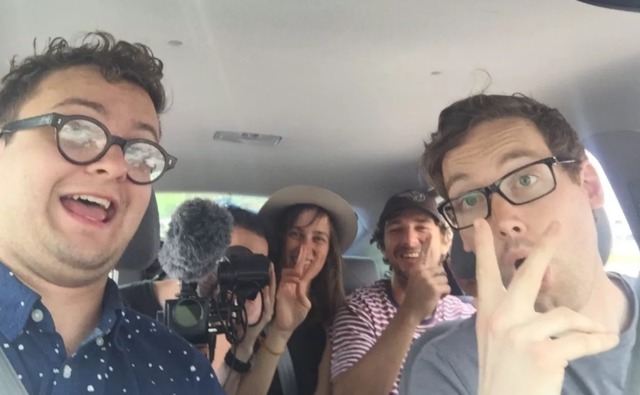 BYU Students Pick Up Shia LaBeouf as a Hitchhiker

While this might sound like the beginning of a joke, it's actually a true and rather exciting story involving tracking down and meeting up with the Hollywood star Shia LaBeaouf in his cross-country travels.

BYU students Scott Daly and Hank Hansen set out from Provo on Wednesday evening with one goal: to intercept Shia LaBeouf on the star’s hitchhiking journey across America.

By Thursday afternoon, Daly and Hansen had succeeded in meeting up with LaBeouf at a lake in Ogallala, Nebraska.

LaBeouf first became known as Louis Stevens on the Disney Channel show “Even Stevens,” but more recently has garnered attention for his performance art. #IAMSORRY may be his best-known performance, wherein LaBeouf sat in a room in a Los Angeles gallery and spectators entered one-by-one to interact with him any way they chose.