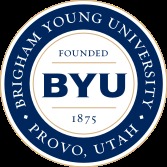 The unthinkable happened this week for Cougar Nation.

Before the final weeks of a miracle basketball season, BYU announced that Brandon Davies was suspended from the team and would miss the rest of the year because of an Honor Code violation.

The news brought a sad cloud over campus that dampened the elation over BYU basketball’s historic year. Davies and his work under the basket will be sorely missed as the Cougars wrap up the regular season and head into postseason play.

But, believe it or not, there are things more important than sports.

Last summer, when running back Harvey Unga announced he was withdrawing from BYU after committing an Honor Code violation, John Walters of Fanhouse.com was glad to see no exceptions were made for BYU football’s biggest star.