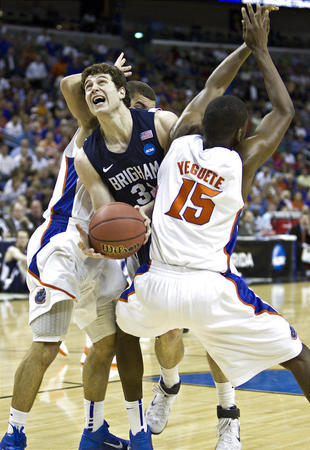 The Jimmer Show finally skidded to a halt here where the mighty Mississippi ends at the gulf sea.

The end came in overtime against a talented SEC champion Florida squad that didn't do anything Jimmer hadn't seen before. Shots the All-American had converted against others in a season of glory, open looks from his patented launch pad from the top of his 36-inch jump, simply bounded harmlessly away at the end of regulation.

And so did BYU's run in the NCAAs.

It may not have been the way Fredette wanted it to end.

But it was his flame to extinguish and he did it his way.