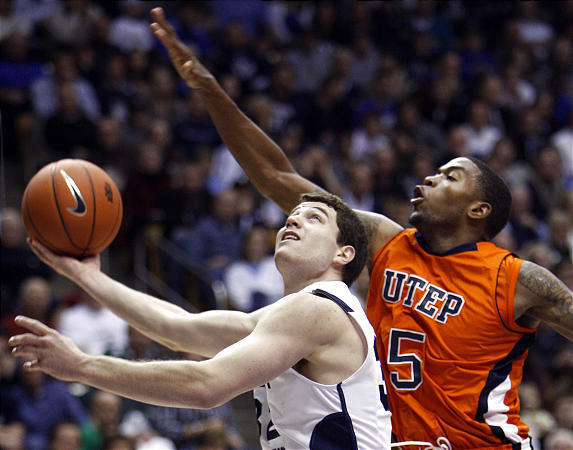 BYU senior Jimmer Fredette has been named the Mountain West Conference men's basketball player of the week. This is the third weekly accolade of the season for Fredette and 10th of his career.

Fredette averaged 23.5 points, 5.5 assists and 1.0 steals per game while helping the Cougars to wins over Buffalo and Fresno Pacific last week.

In 37 minutes of play against Buffalo, the Glens Falls, N.Y., native scored a season-high 34 points, dished out six assists and grabbed one steal while draining four 3-pointers and going 8-of-10 from the free throw line. After tallying just six points in the first half and with BYU holding a narrow 39-37 at the break, Fredette exploded for 28 points in the second stanza to lead the Cougars to the 90-82 victory.