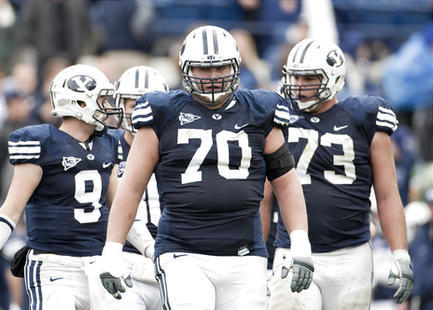 Entering his junior season at BYU, left tackle Matt Reynolds was projected as a first-round NFL draft pick in 2011.

But after a campaign marked by a painful shoulder injury that required off-season surgery, Reynolds wrestled with his options and ultimately decided to return for his senior season, with coincided with the Cougars' inaugural year as an independent.

Now, with the 2012 NFL Draft set to begin Thursday, Reynolds is expected to be picked in the mid-to-late rounds. But he has no regrets about his decision to play one more season at BYU.