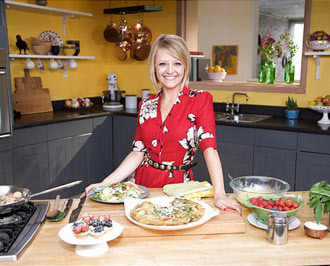 Kelsey Nixon is actually glad that she didn't win the "Next Food Network Star" reality series back in 2008. The BYU grad made it to the final four of the Food Network's competition, but it was Aaron McCargo Jr. who ended up winning his own cooking show.

At the time, the Food Network's senior vice president Bob Tuschman commented that at 23, Nixon seemed too inexperienced to be a cooking authority, and needed to "live a bit first."

"I guess Bob Tuschman was right in saying I was too young," said Nixon in a phone interview. "I don't think I was ready then. I've grown so much, and learned so much about myself. Now I feel confident and clear about my message in the kitchen. It's all about understanding how I can help the viewers at home. The timing couldn't have been better."