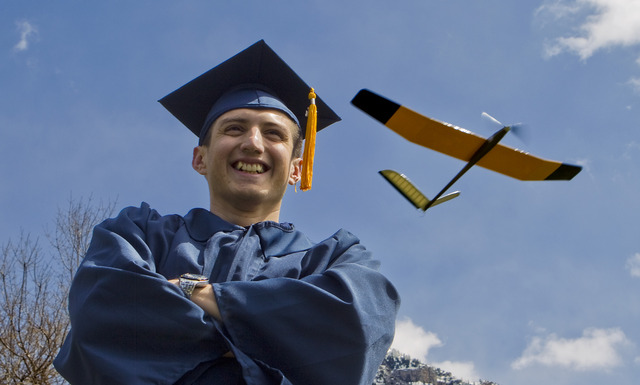 When he was in elementary school, Joseph Paredes asked his mother to take him to parks in their Queens neighborhood so he could collect empty soda cans to recycle. His mother agreed, as long as he saved part of the money he earned for college and his LDS mission.

Joseph’s mother remembers Joseph as the most determined of her seven kids.

“When he wants something, he fights for it,” Cathy Serrano said. “One time Joe stood in front of a man drinking a soda on a park bench. When the guy asked what he was doing, Joe told him he was waiting for him to finish so he could recycle the can.”

Joseph’s persistence paid off. On Friday, he will become the first person in his family, originally from El Salvador, to graduate from college. And he’s graduating with university honors.