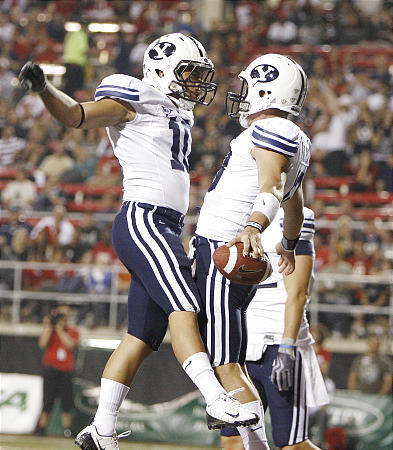 BYU invited to join Big East, but have not accepted invitation — yet

For weeks, there have been discussions between BYU and the Big East Conference about the Cougars possibly dropping their independent status in football to join that league.

It appears those talks are getting more serious.

BYU has been invited to join the Big East as a football-only member, but, for now, BYU has not accepted the invitation, according to a Washington, D.C. columnist.

The Washington Examiner's Jim Williams, whose expertise is sports business and media, has talked to numerous sources on the East Coast that have told him that an invitation has been extended and that BYU officials are in favor of a move to the Big East.