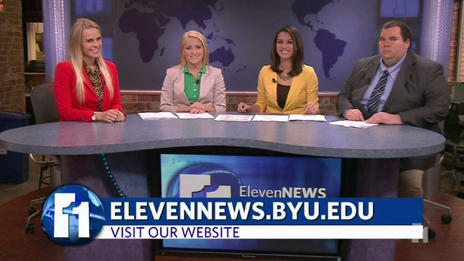 Broadcast journalism students at BYU beat out 56 other schools to win the "Best All-Around Television Newscast" award given at the Society of Professional Journalists Mark of Excellence Awards.

According to a press release posted on BYU's website, the honor was given to Brenna Donnelly, Jen Benson, Ashley Munguia and Jeff Merrill for their story on the FrontRunner South train line, which ran on the Dec. 3, 2012, broadcast of ElevenNEWS, BYU's news channel.

“I felt very responsible for the story,” Donnelly said in the release. “I really made sure I got it right and double checked everything. This was important news for BYU students.”