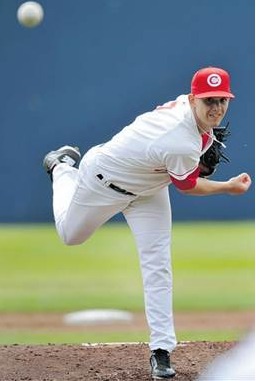 [Taylor Cole] had the rare ability to throw a baseball 95 miles per hour.  In fact, this scout we were sitting with had convinced the Los Angeles Angels to make Taylor one of their top draft picks in the draft back in 2007.  He told us that he had consulted with the top executives within the Angels organization and they were prepared to offer approximately $870,000 to Taylor if he would sign up with them.  The scout had the contract written up and had it hidden in his desk drawer while he was talking with Taylor.

However, before the scout could even bring up specific dollars and signing bonuses, Taylor told the scout that he had decided to forego the draft altogether and serve a mission for the Church of Jesus Christ of Latter-day Saints.  He didn’t really care about the financial cost of his decision. Taylor was so resolute and determined to serve that Lord that the scout told us he never even pulled the contract out of his desk to show Taylor.  It was obvious that Taylor was not willing to negotiate over his LDS mission.  The scout explained he was so impressed with Taylor’s commitment to serve the Lord, and his willingness to give up his dream of playing professional baseball for two years in spite of the cost, that he asked Taylor for a copy of the Book of Mormon and almost got baptized because of Taylor’s fine example.