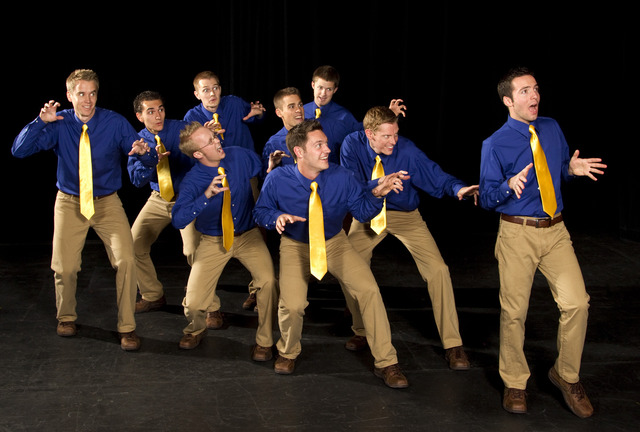 Performing before a sold-out audience at the Lincoln Center in New York City, Brigham Young University’s premier contemporary a cappella ensemble Vocal Point finished first runner-up at the finals of the 2011 International Championship of Collegiate A Cappella.

Despite coming up just short for the overall award, Vocal Point did take top honors in several individual award categories. Sophomore Jake Hunsaker was recognized as Outstanding Soloist for his rendition of “Meglio Stasera (It Had Better Be Tonight),” a tune recently made popular by Michael Bublé. In addition, junior Tanner Nilsson received the award for Outstanding Vocal Percussion.

Vocal Point entered the finals as the top group in the West Region, having placed first in its quarterfinal and semifinal qualifying rounds held in Eugene, Ore., and Los Angeles, Calif., respectively. The finals featured the top seven qualifiers from the United States, Canada and the United Kingdom.