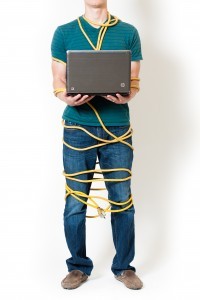 In the years since a 2009 Harvard study ranked Utah No. 1 in online pornography subscriptions, the number of anti-obscenity organizations in the state has increased and a BYU campus group has formed to join the fight.

The Harvard study was conducted by lawyer and researcher Ben Edelman, who analyzed pornography subscriber data broken down by demographic data, zip codes and the speeds of users’ connections to the Internet.

According to Edelman’s report published in The Journal of Economic Perspectives, the researcher studied a list of zip codes associated with credit card subscriptions between the years 2006 and 2008. There were higher percentages of subscriptions to pornography sites in zip codes that are more urban than rural, have experienced an increase in higher than average household income, have a greater density of young people (ages 15–24), have a higher proportion of people with undergraduate degrees and where conservative positions are often taken on gender roles, religion and sexuality.