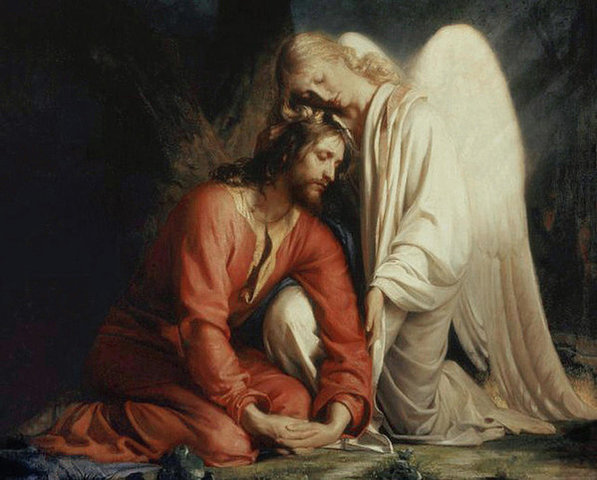 Stunning Symbolism Behind the Garden of Gethsemane

The four New Testament Gospels focus the bulk of their narratives of the life of Jesus on the last week of His life, often called the Passion Week. As I have written elsewhere (here and here), the Gospels of Mark, Matthew, and Luke were all written following the pattern of ancient biography.

► You'll also like: From Gethsemane to Golgotha—President Nelson's Beautiful Insights into the Savior's Atonement

The New Testament Gospels follow this pattern, particularly Mark, Matthew, and Luke. The majority of their words are focused on the last week of Jesus's life, with special attention to how He died and His unexpected and triumphant resurrection.

Each of the four Gospels records that Jesus suffered excruciating pain in the Garden of Gethsemane. Why did He suffer so in that location? What can we learn about Jesus and His love for us by His choice in where He suffered?

Why Suffer in a Garden?

When God created the world and pronounced everything good, He placed Adam and Eve in a garden with a command to care for it and to avoid eating the fruit of the tree of knowledge of good and evil (Genesis 1-3). As is well known, Adam and Eve, beguiled by the devil, ate of the forbidden fruit and were cast out of God’s presence, removed from the garden, and sent to toil and suffer in a fallen world.

After the fall, God made covenants with His prophets (such as Abraham) and with His chosen people (the children of Israel) to prepare them and the world for redemption from the effects of losing God’s presence in the holy garden. These Godly covenants were often enacted or re-enacted on mountain tops (symbolic temples) or in temples (symbolic gardens) to represent returning to the garden-like state God had created in the beginning.

Since on our own we could never return to God’s garden, we needed a mediator, a bridge builder, a garden keeper with the key to the door of the garden, to bring us to the Garden and let us in.

Jesus suffered in a garden so that He could bring us all back into the garden of God’s presence.

Why Suffer in Gethsemane?

Of all the gardens that Jesus could have suffered in, and there were many surrounding Jerusalem and in the land of Israel, why did Jesus choose Gethsemane?

There are many beautiful and symbolic reasons. I’ll discuss a few below.

First, we know that Jesus would descend below all things.

Second, the Kidron brook ran nearby.

This brook helped wash away the blood of sacrificial animals from the temple (one of the drains from the temple may have run down to this spot). Jesus, as the true sacrificial lamb, may have had some of His blood washed away at the Kidron brook near the Garden of Gethsemane. During Passover, thousands of lambs would have been sacrificed at the temple. The blood and water that ran down from the temple would have created a dark, murky brook. In fact, the word “Kidron” means “to be dark,” possibly because of the sacrificial blood that ran in its course.

Third, the meaning of Gethsemane is “oil press,” which is highly significant and symbolic of the Atonement of Jesus Christ.

The Garden of Gethsemane is where olives were pressed into oil. Olive oil, in my opinion, is the best material symbol to represent the atoning blood of Jesus Christ. In the Garden of Gethsemane, Jesus was pressed with the extreme pressure of His suffering for all of us that His olive oil, that is His blood, oozed from His pores. When pressed with extreme pressure, olive oil oozes out of the pores of olives in bloodred droplets.

I first experienced this stunning fact when I was a student at the BYU Jerusalem Center some years ago. We had harvested olives from the Center’s olive trees and prepared to make oil that we could consecrate for priesthood purposes.

The day of pressing the olives to extract the oil, I walked to the pressing station. The olives were being put under tremendous pressure between a pressure screw and the beautiful white Jerusalem limestone. As I drew near, my breath was taken away. I thought I saw blood pouring over the white limestone rock, as if a sacrificial victim was giving its life away. I was so surprised. I had no idea that olive oil initially emerges from the olive bloodred before it turns the beautiful golden green we are so familiar with.

In an instant, the symbolic reality of olive oil seared into my soul. I understood why kings and queens, prophets and prophetesses, priests and priestesses anciently (and today) were anointed with oil. More significantly, I immediately understood why we use olive oil in priesthood blessings: we have faith in the atoning blood of Jesus to heal us spiritually and physically. The symbol of His atoning blood is placed on our bodies as a real, present, physical reminder and invitation to trust Him and to trust His saving blood.

Jesus could have suffered anywhere, but He chose the beautiful and symbolically significant garden of the oil press, Gethsemane, to invite us, and prepare the way for us, to return to God’s heavenly kingdom.

For more on olive tree horticulture and the making of olive oil anciently, together with fabulous visual images, see this website by BYU-Idaho Religion Professor Bruce Satterfield: Olive Tree Horticulture.