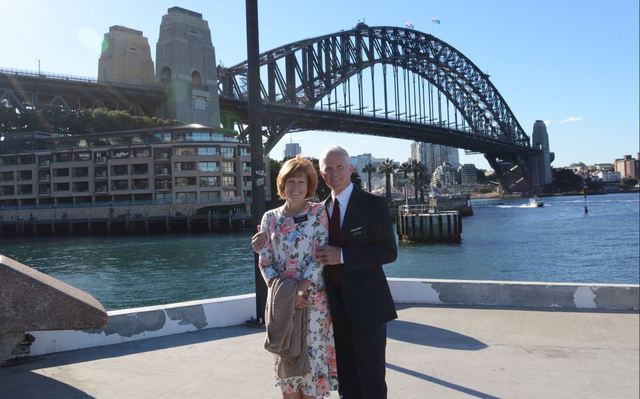 Becoming the Miracle: How a Mission President Paralyzed While Serving Still Shares His Faith

President Daniel Bingham was lucky to be alive. But after waking hours following the accident, he couldn’t say as much.

He couldn’t say anything.

President Bingham suffered a broken C2 vertebra in a freak accident while cycling in Australia. The injury left him unbreathing, without a pulse, and extensively paralyzed.

As a general rule, the higher up a spinal injury occurs, the more of the body it affects. The backbone consists of 33 vertebrae and the C1 and C2 are at the very top.

A break in either often stops both the heart and lungs, as was the case for President Bingham.

Once stateside, he would be in a hospital for the next 82 days.

In July 2017, Daniel Bingham and his wife, Donna, departed for Sydney, Australia, the place they believed would be their home for the next three years. 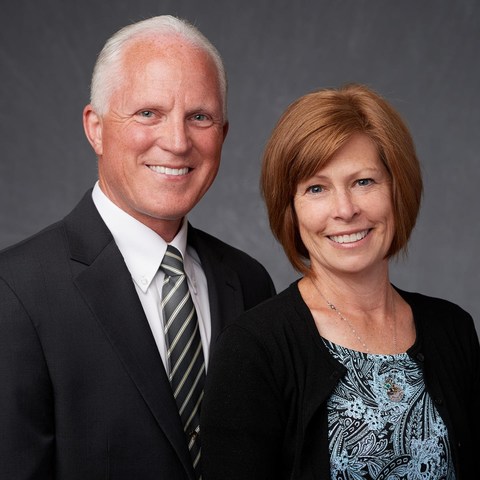 Months prior, the Binghams had been called to serve as the mission leaders of the Australia Sydney South Mission, and Daniel and Donna had made significant preparations to fulfill that calling. They sold their home in the United States and quit their jobs, among other things, to prepare to serve the Lord on a different continent on the other side of the world.

When they arrived in Australia, there was even more to be done and learned.

“You spend a few hours with the previous mission president and then that’s it,” President Bingham says. “They are off and gone and you start immediately learning what it is to be a mission president.”

In his new calling, President Bingham reflected on his days as a young missionary. The white handbook was mostly the same, most of the policies were the same, and the book they were preaching about was, of course, the same.

Once acclimated, the Binghams became a transformative force for the mission and were beloved by many of the missionaries in their area. As one of their former missionaries, Drew Dunshee, tells it: “President Bingham came in, and he just . . . became like a father; he really did.”

Just a few months into their mission, the Binghams were assigned to consolidate their own area, the Sydney South Mission, with the Sydney North Mission, a monumental undertaking.

Significant preparations were made once again, but this time they were preparing for a task that would be, unbeknownst to them, completed by somebody else.

The Accident and the Miracle

President Bingham had been an avid cyclist for years, and on February 14, 2018, he got up for some early morning cycling, which was not unusual. Working as a mission president was so busy that President Bingham often had to carve out time in the mornings to exercise. That day he and a local stake president were out riding before 6 a.m.

It was dark as they departed, and they were traveling down a path to meet up with the rest of their regular cycling group when the lights from a commuter train blinded President Bingham for a brief second. He looked down to let his eyes readjust; his bike drifted to the right, and that’s the last thing he remembers. He hit a fence that separated the path from the train.

“At that point in time, the lights went out, and the next thing I know I woke up in the hospital,” President Bingham says.

It was a miracle he woke up at all.

After the impact that broke his neck, his cycling companion, Leo Gomez, engaged in a life-against-death struggle to keep President Bingham’s heart pumping blood.

“[It was] quite the miracle, really,” President Bingham says. “[Leo] said to me, ‘The last time I had CPR training was as a young Boy Scout.’ But he said that when he started performing the CPR, it was like he had been trained the night before, and he remembered everything.”

CPR is usually not sufficient to keep blood flowing through the brain for an extended period of time, President Bingham says. But that’s exactly what happened in his case. 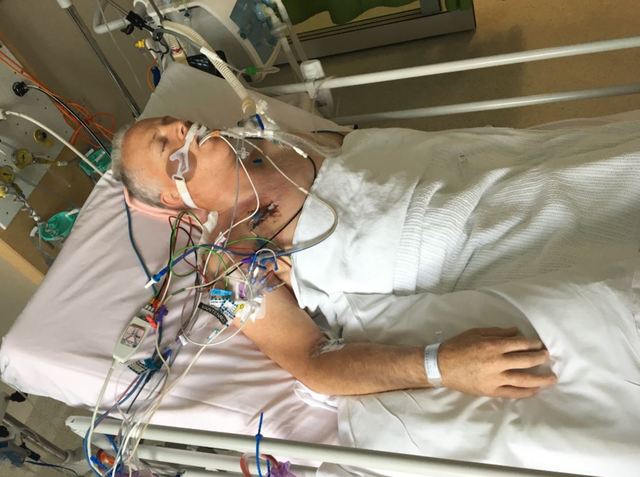 “Literally I should not be able to do much of anything,” President Bingham says. “But the Lord allowed enough oxygen to get to my brain to keep that intact, and that’s a miracle right there.”

It was one of many that the Binghams have seen while on the road to recovery.

First it was his big toe a few days after the operation, and then it was his ankle a week later, then his legs after another week.

Little by little, President Bingham began to recover his ability to move different parts of his body. It wasn’t much, but any movement was significant.

The progress was especially exciting for the Binghams’ missionaries. 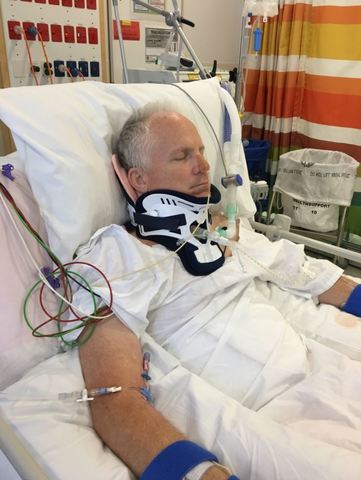 While President Bingham’s movement is still limited and will be for the rest of his life, he recognizes that while he doesn’t fully know God’s plan, that won’t stop him from continuing forward in faith.

“I don’t think I’ve had a day that I haven’t had a struggle with wondering why, but at the same time, I haven’t worried about getting an answer for why,” President Bingham says. “We are placed here on this earth to grow and learn and to get through the struggle of mortality, and there’s not a one of us who won’t have some type of struggle.”

Today, President Bingham has progressed far past his original prognosis.

He even recently went water skiing on a slalom sit-ski, and, according to him, “did pretty darn good.” 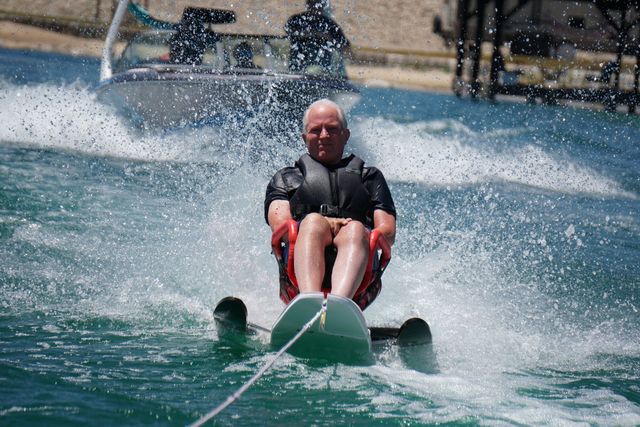 While his progress isn’t as fast as it once was, President Bingham has continued to improve with the aid of copious physical therapy and rehab.

“All day, every day,” Donna jokes.

The question was brought up in the Binghams’ last zone conference before the accident. The overarching theme of the conference was having unconditional faith.

“They were always customized,” President Bingham says of his zone conference addresses. “You had the basic things you want to cover, but you never know what the message is going to be, because the Lord knows His individual missionaries and what they need, and He customizes the message to them.” 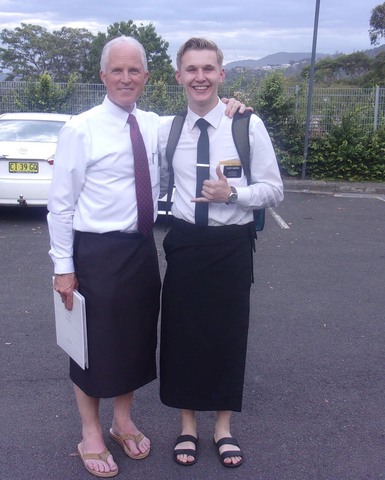 The spirit of the message left a lasting impression on the attending missionaries.

“In that zone conference President Bingham trained us on having unconditional faith, which basically means . . . when we put conditions on our faith, it’s not faith at all. It was very powerful and you could tell that he believed it. He wasn’t just saying things to try to motivate people; he believed it.”

In the same zone conference, Donna shared a message of miracles:

“I felt impressed to share that sometimes we get that miracle we pray for, that golden investigator or that commitment to baptism, through our faith and through our hard work. But sometimes the miracle is that we just get through it with faith unwavered, and we are not discouraged by the lack of results we are hoping for. And as we are in that mode of just getting through it with faith in tact, then we become the miracle God needs us to be.”

Leaving the mission field without having a chance to say goodbye to their missionaries was one of the hardest parts of President Bingham’s injury. 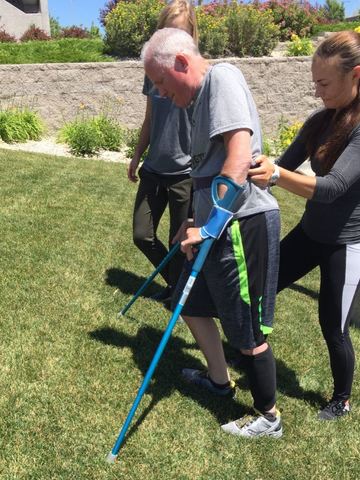 “It is very difficult to put into words how difficult that was. It is still difficult,” President Bingham says. “You don’t forget the daily interactions you’ve had with those missionaries. The amount of prayer and the fasting, and the concern and the joy—you just don’t forget those things.”

Donna, who didn’t witness the accident and was notified as her husband was being taken to the hospital, didn’t fully realize at the time that their mission was over.

“Initially, I didn’t really understand how severe his injury was. And I thought, ‘Well, he’s going to get better, so keep us here until he gets better.’” 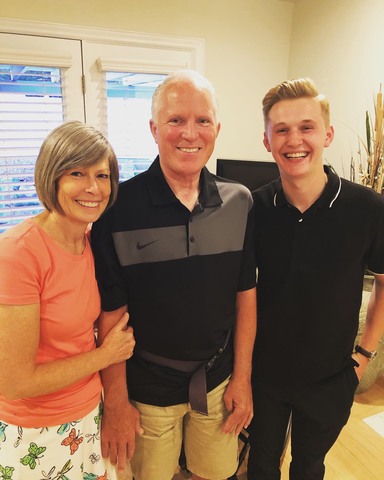 When that didn’t happen, it raised questions. They had dropped everything to go serve the Lord for what they anticipated would be three years. Why would their mission be cut short, especially with the looming task of combining the two Sydney missions into one?

But time has brought understanding.

“I still 100 percent have the testimony that we were called for that short time, that the work that we did to prepare to combine the missions was what God needed us to do. The connections we made and the people we loved have changed us forever.  When the accident happened, then that was God’s plan for us—that our mission was over,” Donna says. 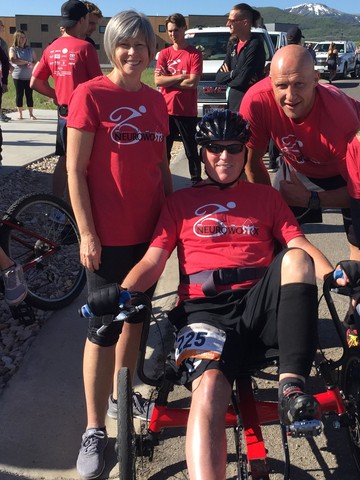 Previously, Donna was a special education teacher who utilized individualized education plans, or IEPs, when teaching. She compared those experiences to how Heavenly Father works with His children.

“I think our life is like that,” she says. “[Heavenly Father] has an IEP for each one of us. It is an individual plan, and it’s different from somebody else’s plan, and He knows how to perfectly navigate us through that plan.”

For his part, President Bingham hasn’t let his injury stop him from living.

“This is just one of those things that happens in mortality,” President Bingham says, “and what I need to do is be the best I can with what I have, whatever that might be, and continue to find ways to strengthen my faith, strengthen my family, strengthen my marriage, be of service to God until He calls me home.”