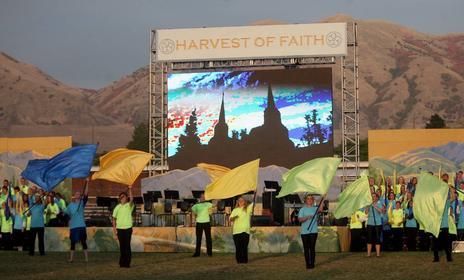 Behind the scenes of the Brigham City Utah Temple cultural celebration

On Oct. 3, 2009, President Thomas S. Monson of The Church of Jesus Christ of Latter-day Saints announced that a temple would be built in Brigham City, Utah. The building process began several months later and a small plot of land in the center of the city began to transform. In April 2012, five months before the anticipated opening of the temple, I received a call to be on the committee for the cultural celebration, an event that would be held the night before the temple dedication ceremony.

The title “cultural celebration” defined what the event would be: a celebration of the cultures and elements that contributed to the current temple district, which included northern Utah and southeastern Idaho. The committee was instructed that the primary purpose behind the event was to create an opportunity for the youths to connect with the temple; to see it as their temple. There were several details we needed to be aware of from the start: this would be a First Presidency event, the program could not exceed 80 minutes in length, it would take place on the football field of Box Elder High School, and it needed to include every youth in the area who wanted to participate.